Who lived near Pommelte, the 'German Stonehenge'? 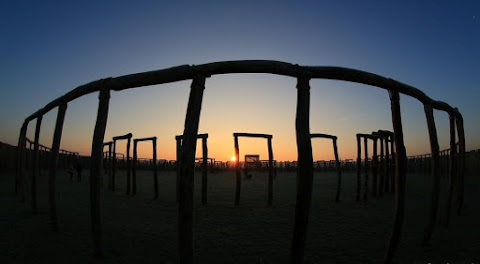 Starting in April, an about-4,000-year-old settlement will be excavated to provide insights into Early Bronze Age life. Settlements of this size have not yet been found at the related henges in the British Isles.

Pommelte is a ring-shaped sanctuary with earth walls, ditches and wooden piles that is located in the northeastern part of Germany, south of Magdeburg. The site is very much reminiscent of the world-famous monument Stonehenge, and it is likely that the people there performed very similar rituals to those of their counterparts in what is now Britain 4,300 years ago.

In the immediate vicinity of the sanctuary, archaeologists from the State Office for Monument Conservation and Archaeology, together with fellow experts from the University of Halle, have found numerous remains of a settlement going back thousands of years during their last two excavation campaigns there. Starting in April, this settlement is to be uncovered as completely as possible.