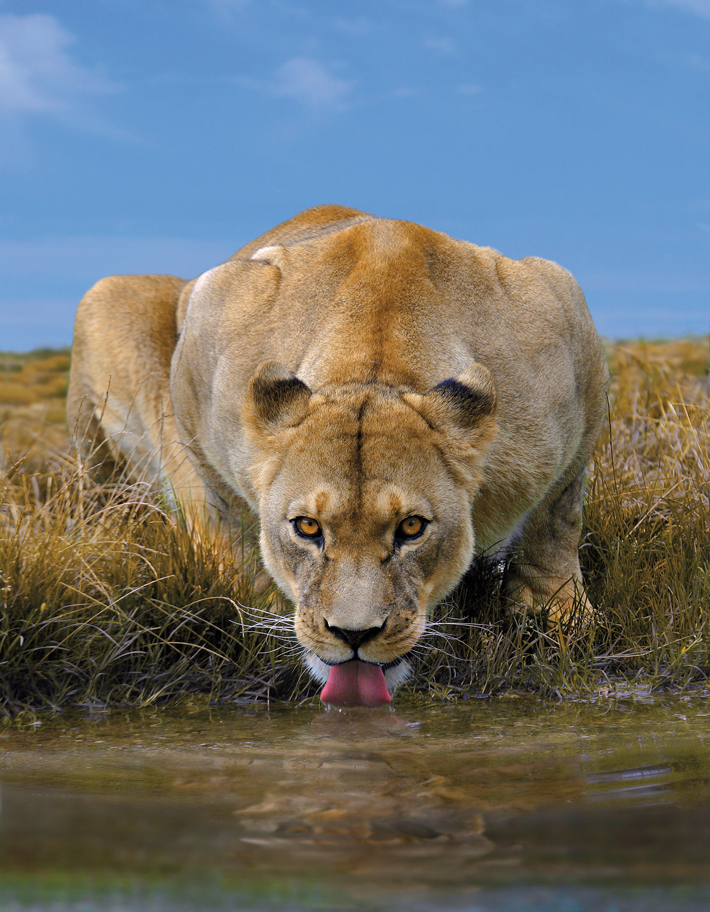 Imagine a scene where a troop of ape-like human ancestors a little more than four feet tall, with brains roughly equal in size to those of their evolutionary cousins chimpanzees, come upon a pack of large carnivores—say, lions or hyenas—feeding on a fresh carcass. Rather than run in fear from these predators, the hominins approach them screeching, waving their arms, and trying to be as frightening as possible. The carnivores, perhaps baffled or intimidated by this display, run away, leaving the hominins to feast on the fresh meat.

According to research by a team of European biologists, this type of scene may have been common enough to cause the extinction of large carnivores across East Africa. These extinctions became more frequent as early hominin brain size began to increase, perhaps about three million years ago.