Aerial view of the road and the chamber of the two tombs in the eastern part of the Mycenaean cemetery at Aidonia, along with the tombs from the old excavation.
Source: Ephorate of Antiquities of Corinth

The Greek Ministry of Culture announced on Sunday that archaeologists have discovered two ancient, unlooted chamber tombs dating from the Late Mycenaean period, (1400 – 1200 BC), near Nemea in the Peloponnesian Peninsula.

The newly-found tombs at the Aidonia burial site include five full burials and the skeletons of fourteen individuals whose remains had been transferred there from other tombs.

The finds will shed more light on the Mycenaean civilization, the Greek Culture Ministry announced.

Both chamber tombs provided an array clay pots and figurines to the discoverers, as well as other small objects.

Read the rest of this article...
Posted by David Beard MA, FSA, FSA Scot at 3:47 PM No comments:

Archaeology Dig to start at Iron Age site in Caithness

The University of the Highlands and Islands Archaeology Institute, in partnership with the Yarrows Heritage Trust, are preparing for a fourth season of excavation at the Burn of Swartigill in Thrumster, Caithness, Scotland.

Previous seasons of excavation at the site have uncovered a complex of Iron Age structures, which are providing an important window into Iron Age society away from the monumental architecture of the Brochs.

This season the team led by Rick Barton from ORCA Archaeology hope to continue to reveal the extent of some of these structures so that they can better understand just how complex the site is. We will also be aiming to recover more information about what life was like for the Iron Age people who lived there two thousand years ago. Analysis of the precious remnants of people’s day to day lives will not only help us to understand the environment and economy of the site at the Burn of Swartigill, but also potentially that of Iron Age Scotland in a much broader context.

Read the rest of this article...
Posted by David Beard MA, FSA, FSA Scot at 6:00 PM No comments: 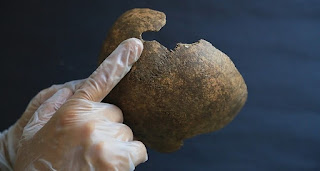 Archaeologists carrying out excavations at the ancient Greek city of Euromus dating to the 5th century BC, in the area now occupied by Turkey found a skull with marks indicating that neurosurgery existed 2,200 years ago.

The Anadolu News Agency reports that the skull was found in a burial chamber during new excavations led by Turkish archaeologist Abuzer Kizil found that brain surgery was performed on one of the skulls belonging to an adult male.

“We believe this surgery was performed due to a headache or a problem that had to do with the skull,” Kizil said.

Read the rest of this article...
Posted by David Beard MA, FSA, FSA Scot at 11:12 AM No comments:

‘Perhaps the most important isotope’: how carbon-14 revolutionised science 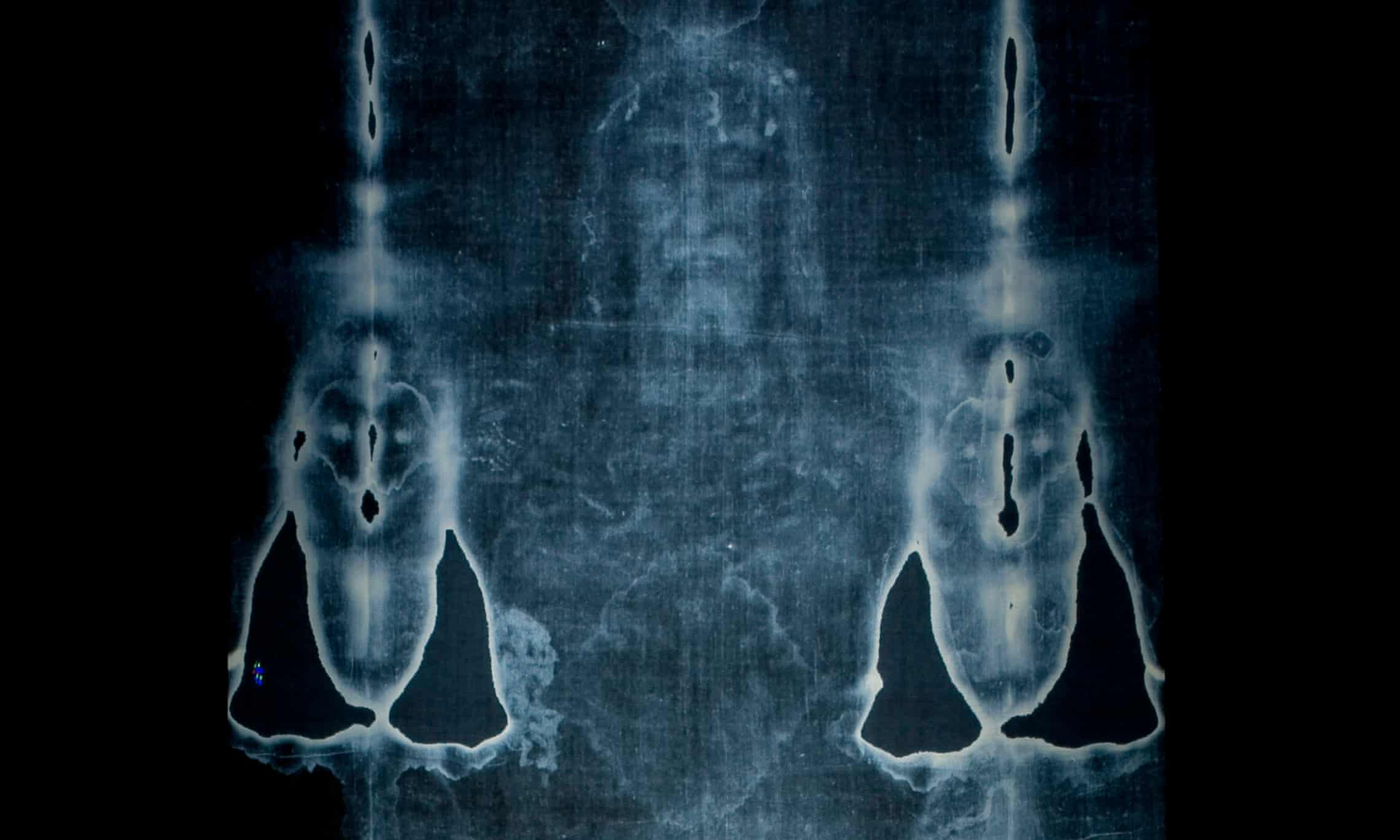 Martin Kamen had worked for three days and three nights without sleep. The US chemist was finishing off a project in which he and a colleague, Sam Ruben, had bombarded a piece of graphite with subatomic particles. The aim of their work was to create new forms of carbon, ones that might have practical uses.

Exhausted, Kamen staggered out of his laboratory at Berkeley in California, having finished off the project in the early hours of 27 February 1940. He desperately needed a break. Rumpled, red eyed and with a three-day growth of beard, he looked a mess.

And that was unfortunate. Berkeley police were then searching for an escaped convict who had just committed several murders. So when they saw the unkempt Kamen they promptly picked him up, bundled him into the back of their patrol car and interrogated him as a suspected killer.

Thus one of most revolutionary pieces of research undertaken in the past century was nearly terminated at birth when one of its lead scientists was accused of murder. It was only when witnesses made it clear that Kamen was not the man the police were after that he was released and allowed to go back to the University of California Radiation Laboratory to look at the lump of graphite that he and Ruben had been irradiating.

Read the rest of this article...
Posted by David Beard MA, FSA, FSA Scot at 9:13 AM No comments: 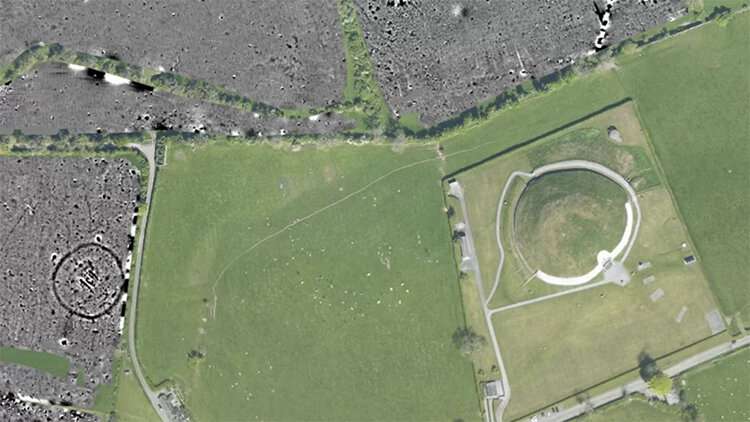 The site of one of the newly discovered monuments found near Newgrange.
Credit: University College Dublin

A team from University College Dublin have unearth almost 40 previously unknown monuments close to Newgrange, including a "spectacular" monument that aligns with the Winter Solstice sunrise.

The findings likely range from the Neolithic period (4000 BC), through the Bronze Age (2500 BC), and the early Middle Ages.

The monument aligned with the Winter Solstice sunrise is believed to be around 200—300 years newer than the Stone Age passage tomb at Newgrange, dated around 3200 BC, and was discovered in a field just metres from the famous site.

Dr. Steve Davis and a team from the UCD School of Archaeology used a large-scale geophysical imaging system to reveal the new monuments as a part of a joint project with the Romano-Germanic Commission.

"These methods have in the last few years changed our understanding of the Brú na Bóinne landscape beyond all recognition," Dr. Davis said. 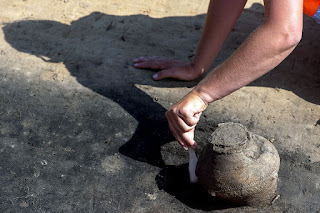 Archaeologists have discovered 25 rare Stone Age graves in the district of Borde, north of the city of Magdeburg in eastern Germany, according to project director Susanne Friederich of the Ludwig-Maximilian University in Munich.

Friederich said the 6,500-year-old find near Wedringen is a cremation cemetery of the so-called Central European Rossen culture.

This is a peculiarity, since in this culture the dead were normally buried in the earth. "They are not tombs with urns, but the holes of the tombs have a size that corresponds to the burials of entire bodies," said Friederich.

Instead of a complete skeleton, the archaeologists found only fragments of cremated corpses. The dead were burned with their personal belongings. This was evidenced by stone axes cracked by the effect of heat

Read the rest of this article...
Posted by David Beard MA, FSA, FSA Scot at 5:56 PM No comments: 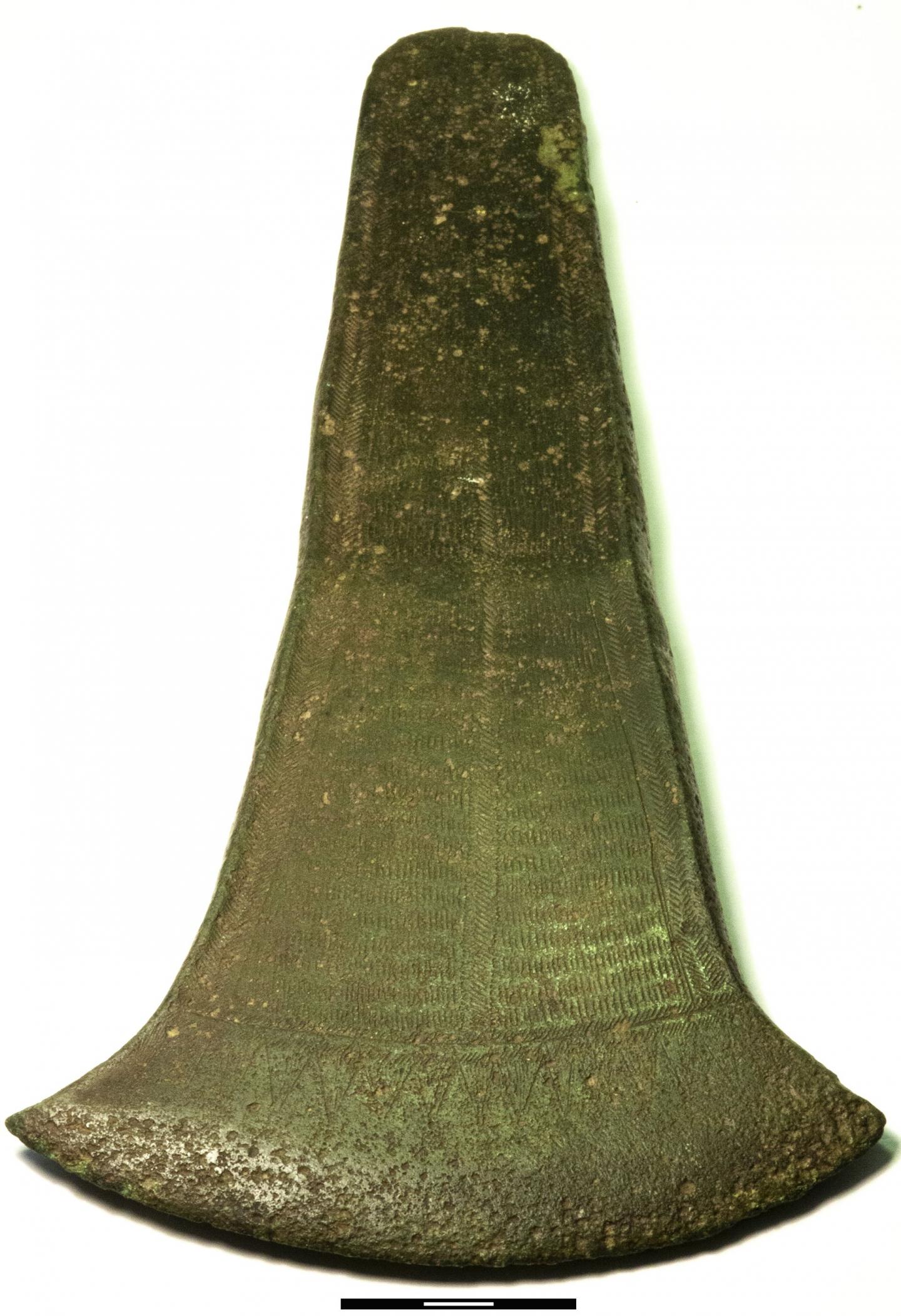 The geographic origins of the metals in Scandinavian mixed-metal artifacts reveal a crucial dependency on British and continental European trading sources during the beginnings of the Nordic Bronze Age, according to a study published July 24, 2019 in the open-access journal PLOS ONE by Heide W. Nørgaard from Aarhus University, Denmark, and colleagues.

2000-1700BC marks the earliest Nordic Bronze Age, when the use and availability of metal--specifically tin and copper, which when alloyed together creates bronze--increased drastically in Scandinavia. The authors performed isotope and trace-element analyses on 210 Bronze Age artifact samples, predominantly axeheads, originally collected in Denmark and representing almost 50% of all known existing Danish metal objects from this period.

Read the rest of this article...
Posted by David Beard MA, FSA, FSA Scot at 5:53 PM No comments:

Archaeologists have uncovered a series of graves dating back over 3,000 years at a site on the Rosneath Peninsula.

They found six graves so far, as well as pottery and a bead.

The team from the North Clyde Archaeological Society have worked on remains from three periods on the site at Portkil near Kilcreggan – military installations and roads from before World War One, a lime kiln from the late 18th or early 19th century and a series of Bronze Age burials and artefacts.

They have been working since November and are currently uncovering a stone coffin.

The society’s vice chair Tam Ward said it was relatively commonplace to find individual graves from the Bronze Age, but the number and combination at Portkil was unusual.

Read the rest of this article...
Posted by David Beard MA, FSA, FSA Scot at 5:49 PM No comments:

This view of the site shows the alignment of the standing stones that have been found.
(SBMA-ARIA SA.)

Six aligned standing stones have been discovered on a building site in Sion, southwest Switzerland, in what local authorities call an important archaeological find.

“This discovery is of prime importance to help us understand social rituals at the end of the Neolithic period (around 2,500BC) in central Europe,” says a press releaseexternal link from canton Valais’s buildings, monuments and archaeology department.

The find was made by chance during work for a new residential building in the Petit-Chasseur quarter of the cantonal capital Sion. This is the same area where, in the 1960s, several dolmens (collective tombs) and some 30 standing stones were found.

Three of the recently found standing stones are engraved with markings. The biggest find is a stone weighing nearly two tonnes bearing a representation of a male figure wearing geometrically patterned clothing and with a sun-like motif around his face.

Read the rest of this article...
Posted by David Beard MA, FSA, FSA Scot at 7:41 PM No comments: