The prehistoric tombs that may have been used as 'telescopes'


Researchers think that the entrance passages to 6,000 year-old tombs could have been used to enhance visibility for ancient stargazers 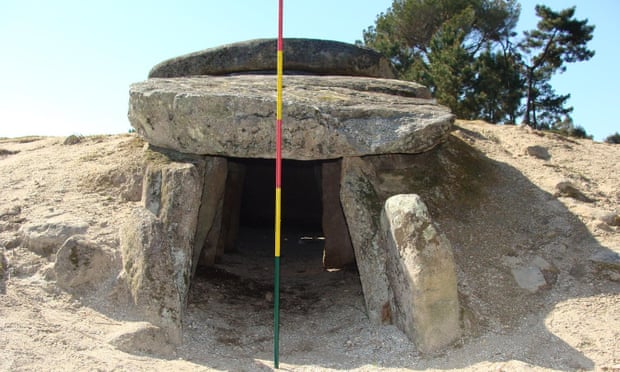 The orientation of the tombs suggests that they are aligned to offer a view of Aldebaran, the brightest star in the constellation of Taurus. Photograph: University of Wales Trinity Saint David/Nottingham Trent University


Ancient passages to stone tombs could have been used by prehistoric humans to boost their view of the night skies as part of an ancient ritual, archaeologists have proposed.
Researchers say that the dark entrances to 6,000 year-old tombs in Portugal could have been an early form of astronomical tool that enhanced the visibility of the stars. In particular, they say, the orientation of the entrances to the passage graves suggests that they are aligned to offer a view of Aldebaran, the red star that is the brightest body in the constellation of Taurus.
The star might have been important to ancient communities who moved their herds and flocks to summer grazing grounds in the mountains each year. The annual event, the researchers argue, could have coincided with the star’s first appearance in the morning twilight each year. “This first rising of Aldebaran occurred at the end of April or beginning of May 6,000 years ago, so it would be a very good, very precise calendrical marker for them to know when it was time to move into the higher grounds,” said Dr Fabio Silva of the University of Wales Trinity Saint David.
Read the rest of this article...
Posted by David Beard MA, FSA, FSA Scot at 8:21 PM No comments:

We are looking for people working, studying or volunteering in the archaeological world to participate with us in a “Day of Archaeology” in July 2016. The resulting Day of Archaeology website will demonstrate the wide variety of work our profession undertakes day-to-day across the globe, and help to raise public awareness of the relevance and importance of archaeology to the modern world. We want anyone with a personal, professional or voluntary interest in archaeology to get involved, and help show the world why archaeology is vital to protect the past and inform our futures.

The Penannular ring, a gold ring with a small section missing, found on a Surrey bridle path by Ricky Smith CREDIT: SWNS

A metal detectorist who found a rare gold Bronze Age ring when he was illegally searching private land has been found guilty of theft after he contacted a museum about his find.

Ricky Smith, 34, discovered the Penannular ring - a gold ring with a small section missing - on a Surrey bridle path two years ago.
But the detectorist of 11 years, who was "in it for the money", failed to report his find of "treasure" to the coroner within two weeks as required by law. Instead, he touted the ring - worth between £500 and £600 - to a local museum, the court was told.
Read the rest of this article...
Posted by David Beard MA, FSA, FSA Scot at 4:46 PM No comments:

German 'Stonehenge' Opens To The Public


One of the most important relics of the Bronze Age, an ancient site known as the German Stonehenge, has opened to the public after years of reconstruction. 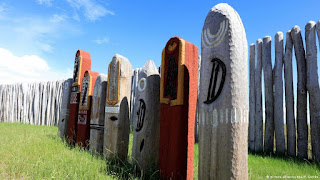 The "Ringheiligtum Pömmelte" as it is known thanks to its location near the eastern German town of Pömemlte, celebrated its opening as a cultural site on Tuesday (20.6.2016).The formation, known as the Stonehenge of Germany, is estimated to be around 4,300 years old and was discovered in 1999 in the forest near the banks of the Elbe River. Made of wood, the archaeological wonder has not withstood the test of time well and has since been entirely reconstructed at a cost of 2 million euros ($2.27 million).

Read the rest of this article...
Posted by David Beard MA, FSA, FSA Scot at 4:39 PM No comments:

Archaeology in the Round? 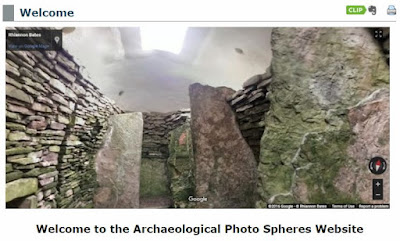 The purpose of the site is to make these photo spheres easily available and also to encourage people to make archaeological photo spheres and publish them on the site.

You can find the site at: archosphere.eu 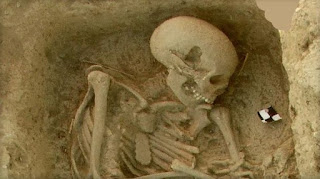 
BERLIN -- Stone Age people from the Aegean Sea region moved into central and southern Europe some 8,000 years ago and introduced agriculture to a continent still dominated at the time by hunter-gatherers, scientists say.
The findings are based on genetic samples from ancient farming communities in Germany, Hungary and Spain. By comparing these with ancient genomes found at sites in Greece and northwest Turkey, where agriculture was practiced centuries earlier, researchers were able to draw a genetic line linking the European and Aegean populations.
The study challenges the notion that farming simply spread from one population to another through cultural diffusion. The findings were published Monday in the Proceedings of the National Academy of Science.
Read the rest of this article...
Posted by David Beard MA, FSA, FSA Scot at 11:39 AM No comments:


Archaeologists have unearthed gold treasure in Austria thought to be worth as much as €50,000. The 44 Celtic gold coins, weighing 7.5 grams, were found on a site in Traun, near Linz in Upper Austria, that was being excavated before the building of a machinery hall. 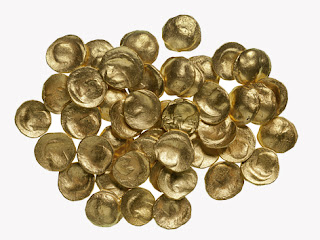 The 44 Celtic gold coins were found on a site in Traun, near Linz in Upper Austria
[Credit: OÖ Landesmuseum]
The gold pieces are thought to have been made in the Iron Age between the 1st and 2nd centuries BC in the region that is known as Bohemia today and likely ended up in Austria through trade.

According to the ORF, researchers at the provincial museum say the discovery is of the highest importance as it is one of the just three similar finds from the pre-Romanian time in Upper Austria.

This era is seen as the crossover from an economy based on trading goods to a monetary economy, which came with the Romans.

Read the rest of this article...
Posted by David Beard MA, FSA, FSA Scot at 11:29 AM No comments: