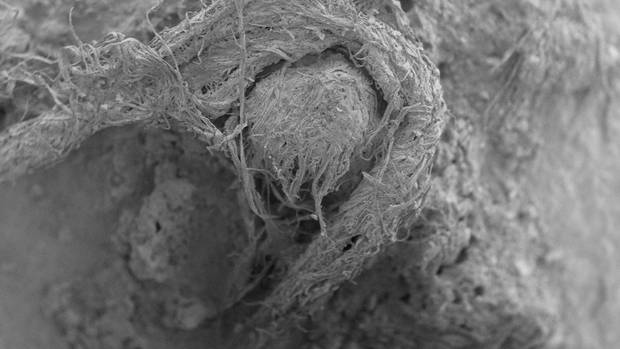 It looked like a white splotch on the underside of a Neanderthal stone tool. But a microscope showed it was a bunch of fibres twisted around each other.

Further examination revealed it was the first direct evidence that Neanderthals could make string, and the oldest known direct evidence for string-making overall, researchers say.

The find implies our evolutionary cousins had some understanding of numbers and the trees that furnished the raw material, they say. It's the latest discovery to show Neanderthals were smarter than modern-day people often assume.

Bruce Hardy, of Kenyon College in Gambier, Ohio, and colleagues report the discovery in a paper released Thursday by the journal Scientific Reports. The string hints at the possibility of other abilities, like making bags, mats, nets and fabric, they said.