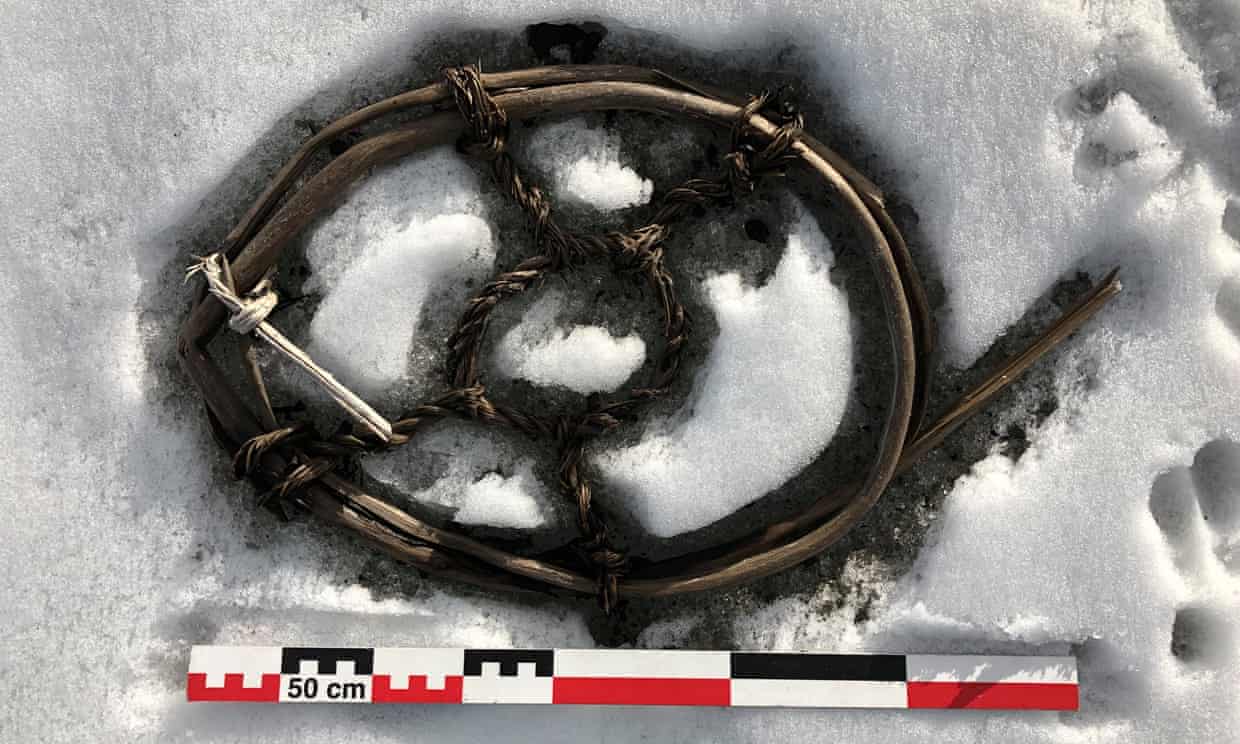 The retreat of a Norwegian mountain ice patch, which is melting because of climate change, has revealed a lost Viking-era mountain pass scattered with “spectacular” and perfectly preserved artefacts that had been dropped by the side of the road.

The pass, at Lendbreen in Norway’s mountainous central region, first came to the attention of local archaeologists in 2011, after a woollen tunic was discovered that was later dated to the third or fourth century AD. The ice has retreated significantly in the years since, exposing a wealth of artefacts including knitted mittens, leather shoes and arrows still with their feathers attached.

Though carbon dating of the finds reveals the pass was in use by farmers and travellers for a thousand years, from the Nordic iron age, around AD200-300, until it fell out of use after the Black Death in the 14th century, the bulk of the finds date from the period around AD1000, during the Viking era, when trade and mobility in the region were at their zenith.