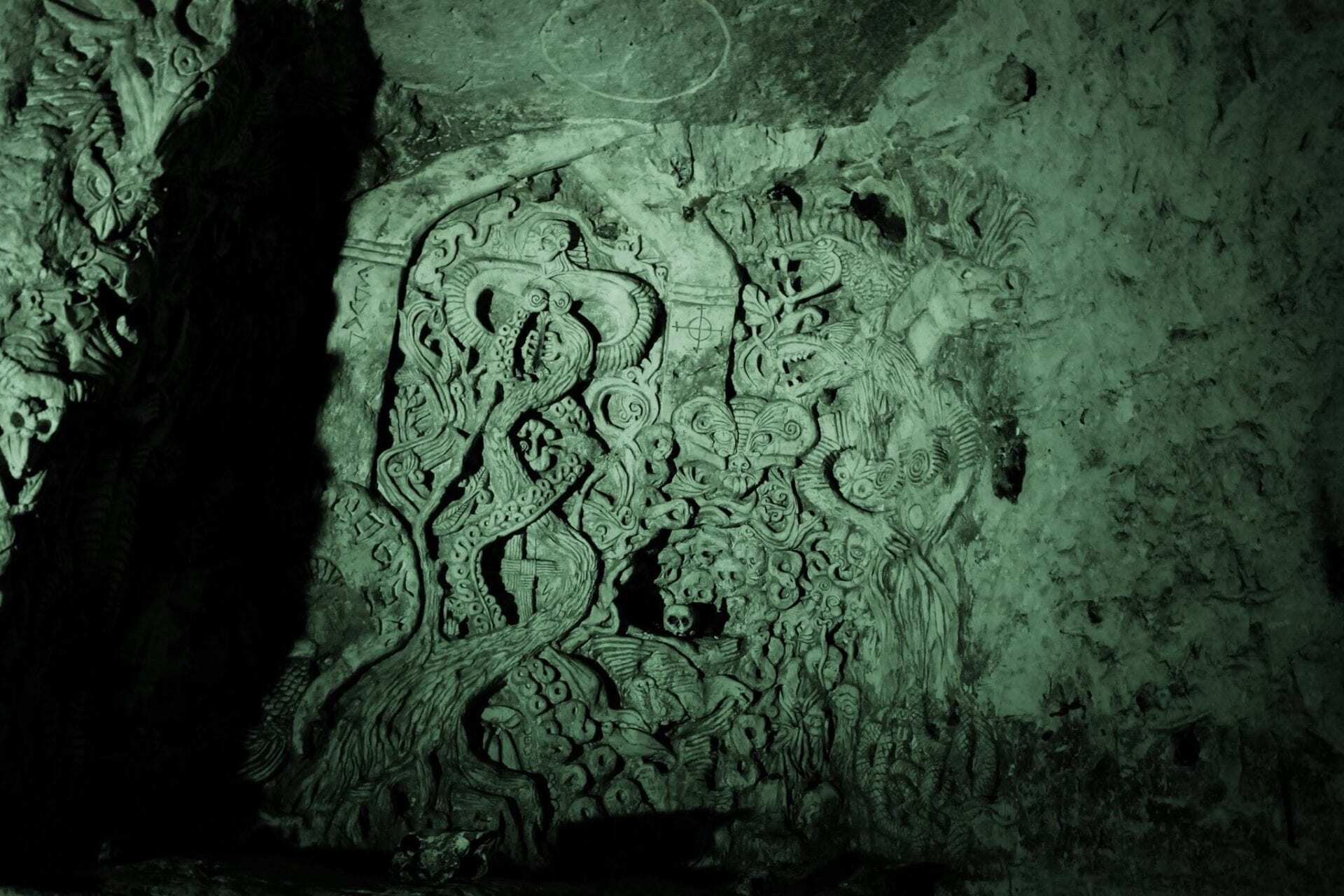 Chislehurst Caves is an extensive complex of subterranean tunnels of uncertain origin that stretch up to 35km in the suburbs of south London in Chislehurst, Bromley.
Despite being called caves, they are entirely man-made and were probably first constructed as a mine to extract the flint deposits in the London chalk layers.

It has been suggested that part of the cave system dates from up to 8000 years ago, but the first recorded mention was actually noted in medieval documents of circa 1250AD and in post-medieval church records of 1737AD.

The last known date of active mining in the caves was around the mid 19th century. An Ordnance Survey map of 1862–63 describes the place as a “chalk pit” and marks an “engine house” and two remaining kilns used for the extraction of flint and lime.