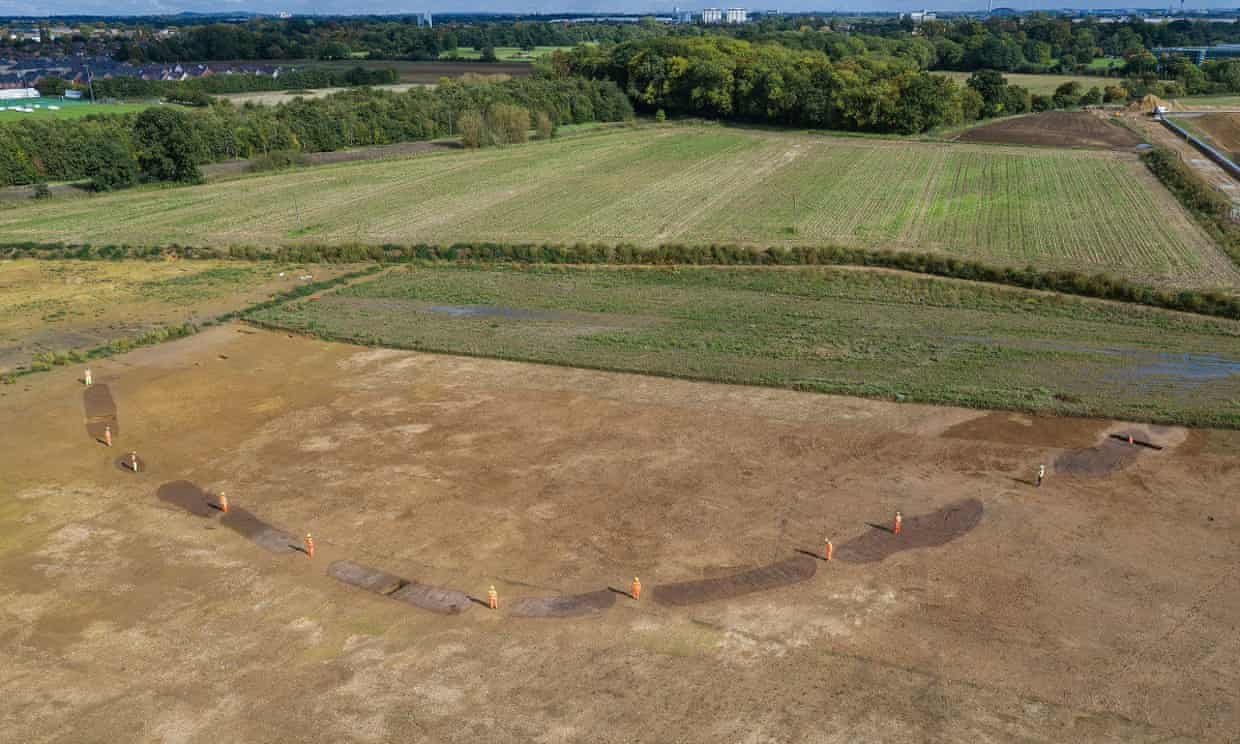 An aerial view of the site of the Neolithic causewayed enclosure.
Photograph: Wessex Archaeology

A neolithic monument has been discovered less than two miles from Windsor Castle. Dating from 5,500 years ago, it is one of the earliest known examples of monument-building in Britain.

A ceremonial gathering place known as a causewayed enclosure has been revealed with the discovery of a series of encircling ditches, artificial boundaries with gap entrances, at a vast site in Berkshire.