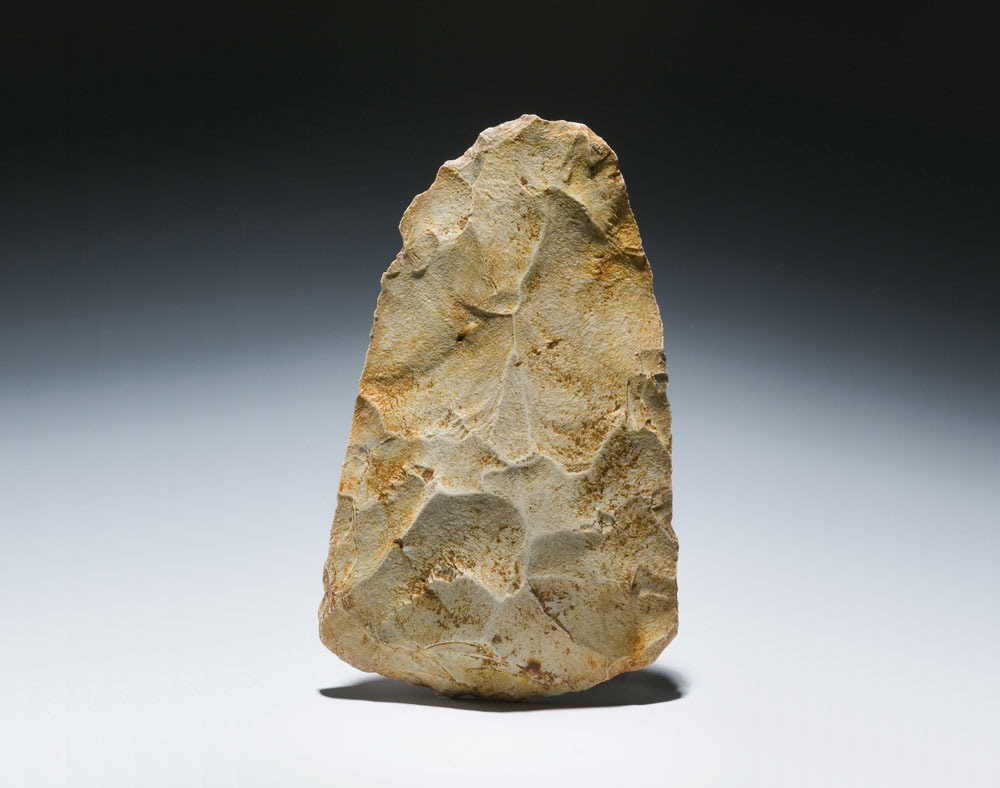 Elizabeth Walker, Palaeolithic & Mesolithic Archaeologist and Head of Collections at National Museum Cardiff, talks about a Neanderthal hand axe, which dates back to c. 60,000-35,000 BC

This hand axe was found during excavations at Coygan Cave, near Laugharne, Carmarthenshire, in advance of the cave’s destruction by quarrying in the 1960s. It is of a form typically made by a Neanderthal and was left at the cave with another similar tool sometime between 60,000 and 35,000 years ago.

Findings like this hint that Neanderthals may have lived in the Carmarthenshire area, but we have no evidence of their physical remains. The two axes we have were found near the wall of the cave, and it’s been suggested they were deliberately cached by their owners, who intended to return to the cave to use them on a future visit.