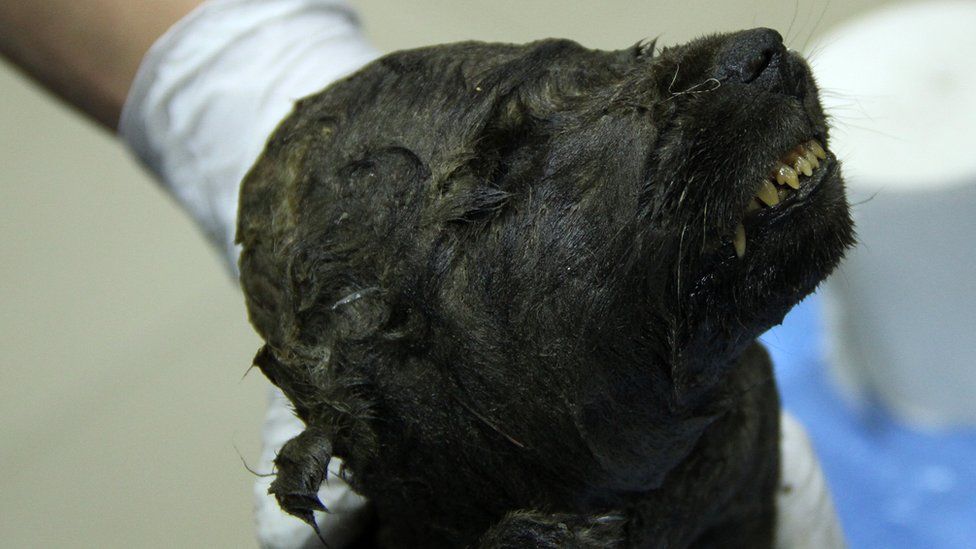 Researchers say the animal could be a dog, a wolf or something in between

Researchers are trying to determine whether an 18,000-year-old puppy found in Siberia is a dog or a wolf.

The canine - which was two months old when it died - has been remarkably preserved in the permafrost of the Russian region, with its fur, nose and teeth all intact.

DNA sequencing has been unable to determine the species.

Scientists say that could mean the specimen represents an evolutionary link between wolves and modern dogs.