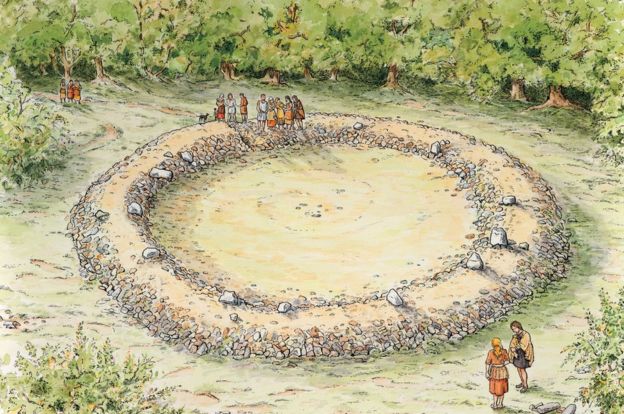 It was identified following a LiDAR (light detection and ranging) survey of the Forest of Dean.

The technique used laser beams fired from an aeroplane to create a 3D record of the land surface, effectively removing the trees from the landscape.

Mr Hoyle said when he studied the data, he spotted an "extremely circular" feature, which he thought initially might be a World War Two gun emplacement.

After visiting the site, at a secret location near the village of Tidenham, he realised it was much older, dating to between 2,500 BC and 1,500 BC.