Research shows people made ropes and baskets during the Paleolithic era 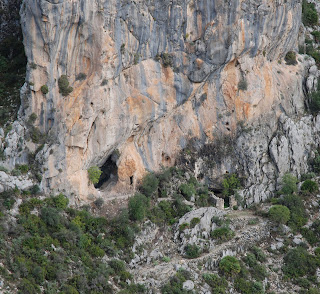 A research team from the University of Valencia and the CSIC has published a study that demonstrates the use of plant fibres during the Final Palaeolithic era in the Santa Maira caves (Castell de Castells, Alicante).

These are fragments of braided rope and basketwork imprints on clay. The rope has provided the oldest direct dating in Europe for an object made of braided fibres: 12,700 years ago. In the same work, the first evidence on the use of containers made from clay-coated baskets has also been revealed.

The work analyses both the species used to obtain braided ropes, their treatment and preparation, as well as their use to manufacture more complex devices such as baskets and containers. These materials have been dated back about 13,000 years. Ethnological data indicate that these materials have been widely used among historical societies, but we are largely unaware of their use in Prehistory.