Archaeology Take a tusk, drill holes, weave a rope – and change the course of history 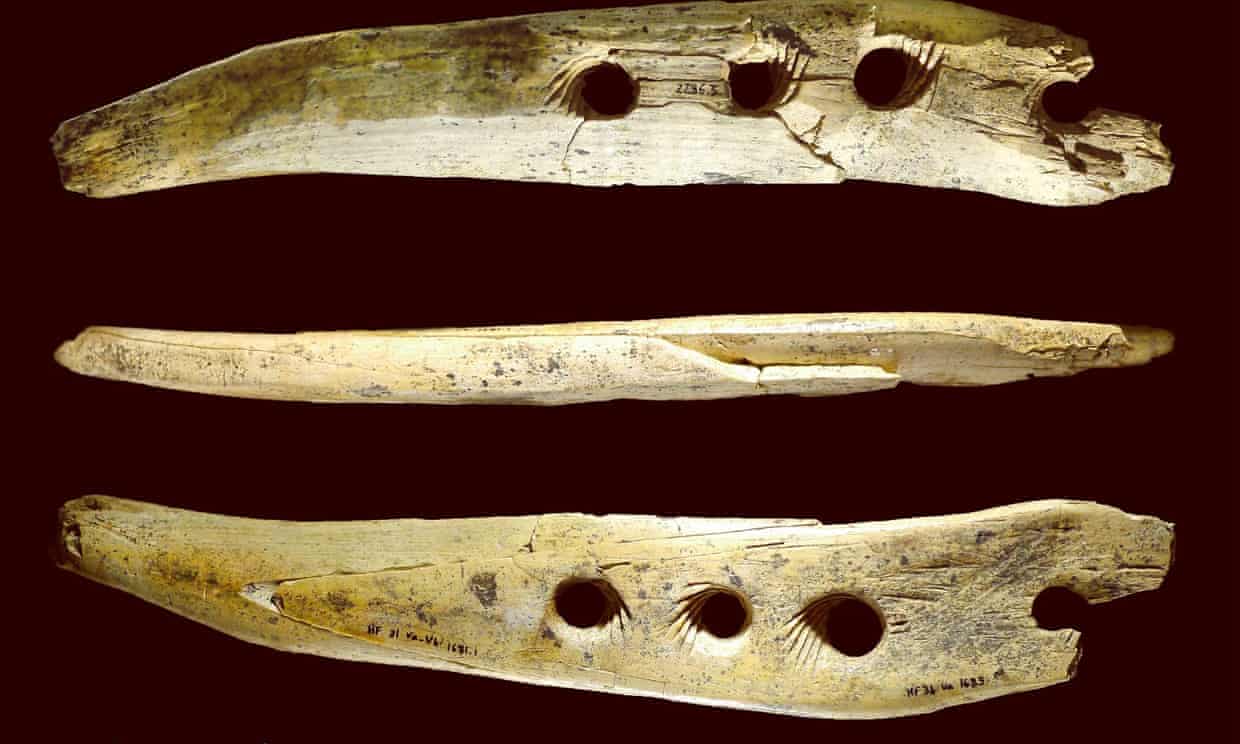 he fragments found at Hohle Fels cave in Germany that scientists now recognise as a rope-making tool from 40,000 years ago. Photograph: University of Tübingen

Forty thousand years ago, a stone-age toolmaker carved a curious instrument from mammoth tusk. Twenty centimetres long, the ivory strip has four holes drilled in it, each lined with precisely cut spiral incisions.

The purpose of this strange device was unclear when it was discovered in Hohle Fels cave in south-western Germany several years ago. It could have been part of a musical instrument or a religious object, it was suggested. But now scientists have concluded that it is the earliest known instrument for making rope. And its impact would have been revolutionary.

Our stone-age ancestors would have been able to feed plant fibres through the instrument’s four holes and by twisting it create strong ropes and twines. The grooves round the holes would have helped keep the plant fibres in place.