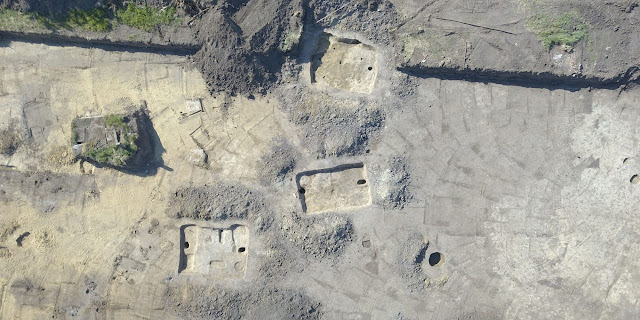 Archaeologists from the museum made the discovery during a rescue excavation prior to a construction project in the area of the Tocoskert housing estate, at the end of Derek Street.

The late Iron Age village, probably dating to the third-second centuries BC, occupies approximately 8,000-square-metre on the eastern bank of the Toco stream, which slopes slightly towards the watercourse.

Archaeologists have managed to excavate several rectangular houses, measuring twelve to thirteen square feet in area, as well as numerous artefacts, including ceramics, objects made of bone, iron and clay, as well as the remains both domesticated and wild animals.