Early humans in Africa may have interbred with a mysterious, extinct species – new research 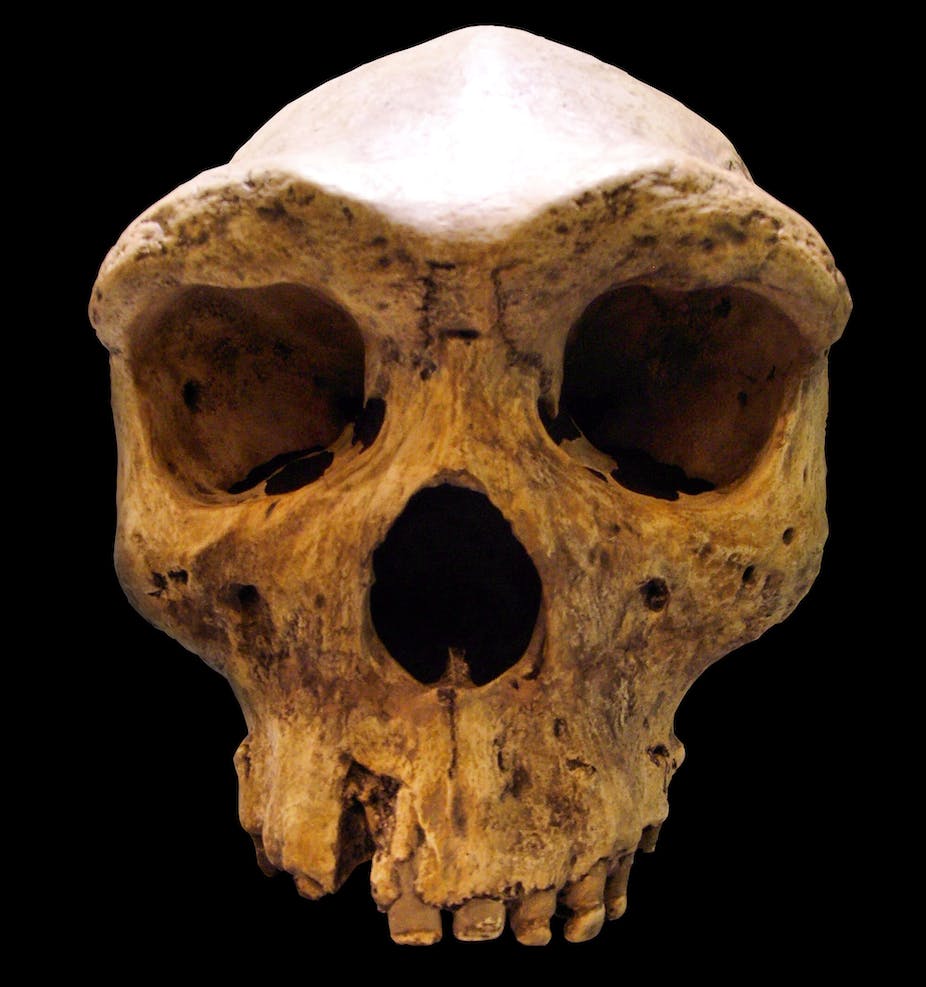 Homo rhodesiensis is an example of an archaic human. wikipedia, CC BY-SA

One of the more startling discoveries arising from genomic sequencing of ancient hominin DNA is the realisation that all humans outside Africa have traces of DNA in their genomes that do not belong to our own species.

The approximately six billion people on Earth whose recent ancestry is not from Africa will have inherited between 1% and 2% of their genome from our closest but now extinct relatives: the Neanderthals. East Asians and Oceanians have also inherited a small amount of ancestry from the Denisovans, another close relative of Homo Sapiens.

Now a new study, published in Science Advances, suggests that early humans living inside Africa may also have interbred with archaic hominims. These are extinct species that are related to Homo sapiens.

The interbreeding outside Africa happened after our Homo sapiens ancestors expanded out of Africa into new environments. It was there they had sex with Neaderthals and the related Denisovans.