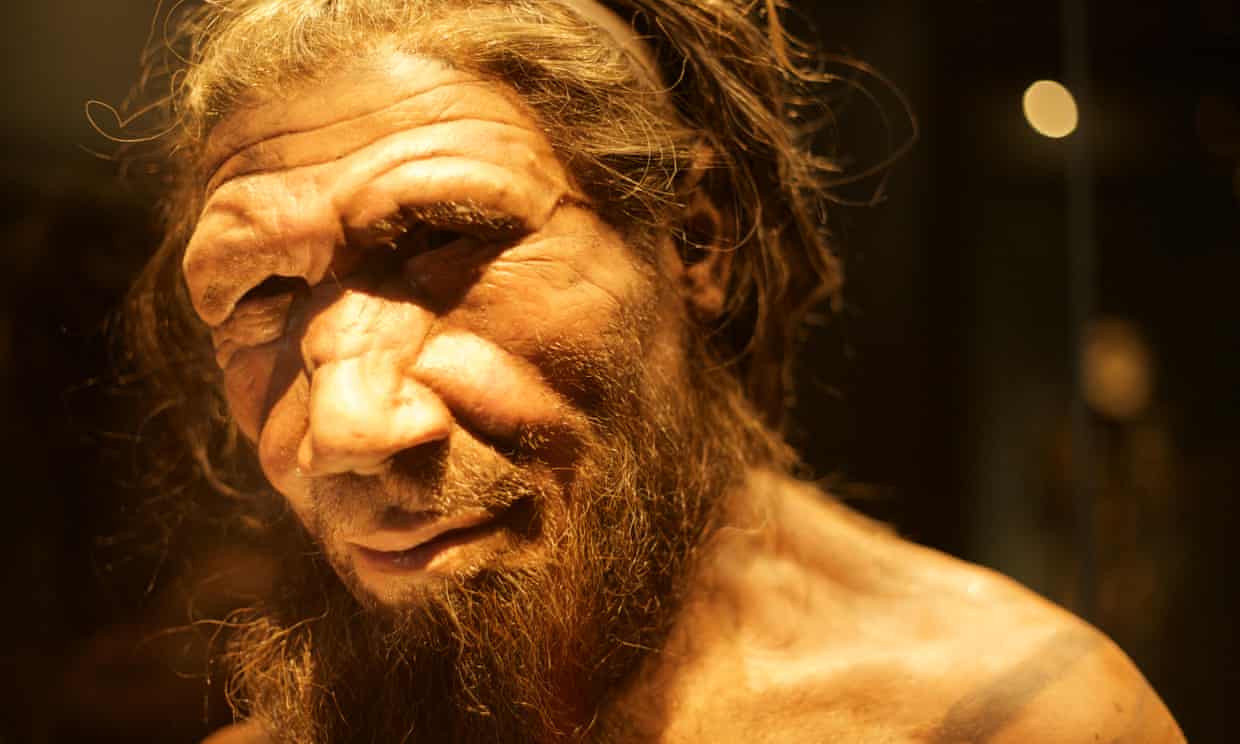 A reconstruction of a Neanderthal created for the Natural History Museum in London.
Photograph: Richard Gray/Alamy

Neanderthals made extensive use of coastal environments, munching on fish, crabs and mussels, researchers have found, in the latest study to reveal similarities between modern humans and our big-browed cousins.

Until now, many Neanderthal sites had shown only small-scale use of marine resources; for example, scattered shells. But now archaeologists have excavated a cave on the coast of Portugal and discovered a huge, structured deposit of remains, including from mussels and limpets, dating to between 106,000 and 86,000 years ago.

Researchers say the discovery shows that Neanderthals systematically collected seafood: in some layers the density of shells was as high as 370kg per cubic metre. They say this is exciting because the use of marine resources on such a scale and in such a way had previously been thought to be a trait of anatomically modern humans.