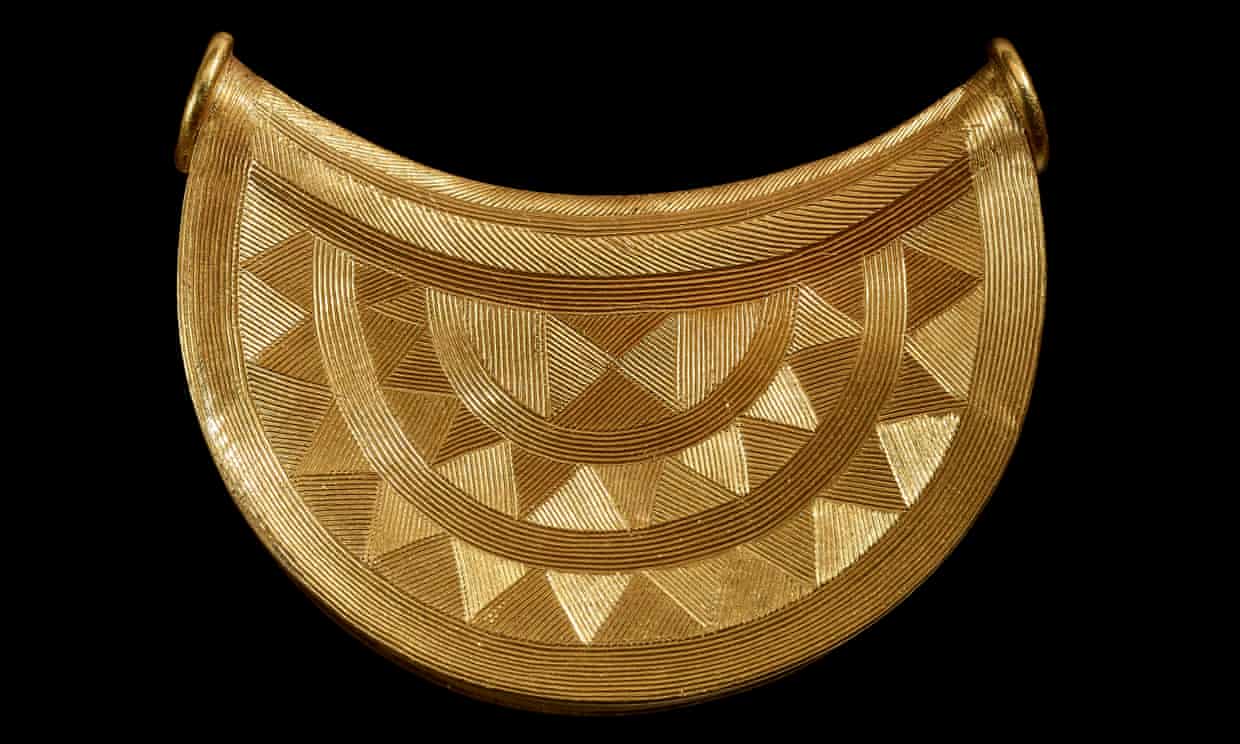 The pendant was made by someone who was clearly skilled in their craft around 1,000-800BC. Photograph: British Museum

The British Museum has acquired a shimmering 3,000-year-old gold sun pendant heralded as one of the most important bronze age finds of the last century.

The astonishingly well-preserved pendant, or bulla, was discovered by a metal detector enthusiast in Shropshire in 2018.

Neil Wilkin, the museum’s bronze age curator, recalled dropping everything when he first saw it. “I was absolutely flabbergasted, I couldn’t believe my eyes,” he said. “To me it is the most important object from this period, the first age of metal, that has come up in about 100 years.”

The pendant has been purchased for £250,000 using money from the Art Fund and the American Friends of the British Museum.