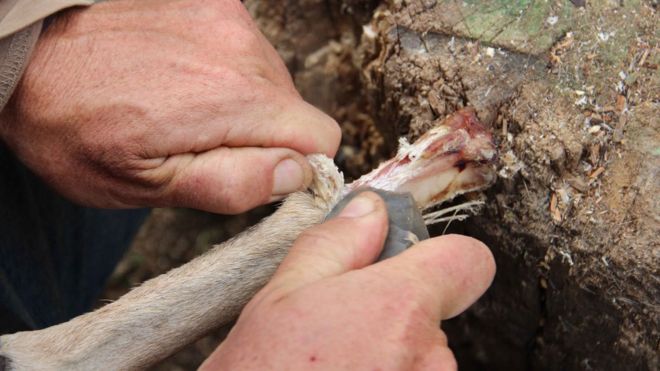 Scientists in Israel say they have found evidence that early humans deliberately stored bones from animals to eat the fatty marrow later.

It is the earliest evidence that humans living between 200,000 and 420,000 years ago had the foresight to anticipate future needs, they say.

Early humans had not previously been thought capable of such dietary planning.

They identified cut marks on most of the bone surfaces - consistent with preservation and delayed consumption.

The researchers suggest the marks came about because the early humans had to make greater effort to remove skin which had dried on bones which had been kept longer.