Minoan disposable cup shows ancients were not green either 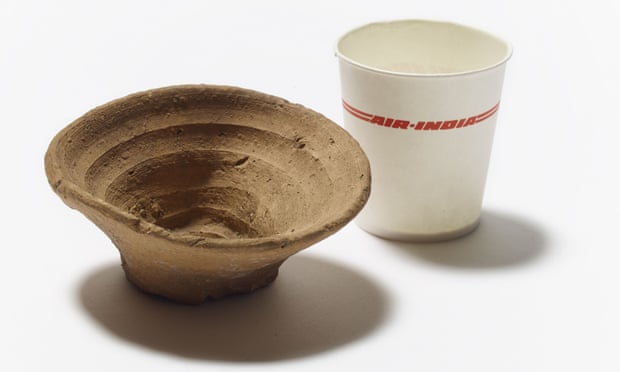 The cup, shown here next to a modern throwaway container, was made by the Minoans.
Photograph: Trustees of the British Museum/PA

The 3,500-year-old, single-use vessel for wine will go on display at the British Museum

The finding of an ancient disposable cup that dates back 3,500 years shows that the idea that throwaway vessels for drinks is a modern habit is not true and even ancient civilisations didn’t want “to do the washing up”, experts say.

The Minoans, one of the first advanced civilisations in Europe, used the cup to drink wine in Greek island of Crete where they resided. Thousands of the handleless, conical clay cups have been discovered on archeological sites on the island and the palace of Knossos. They will go on display from Friday at the the British Museum, which has been under pressure from environment campaigners over its sponsorship by oil giant BP.