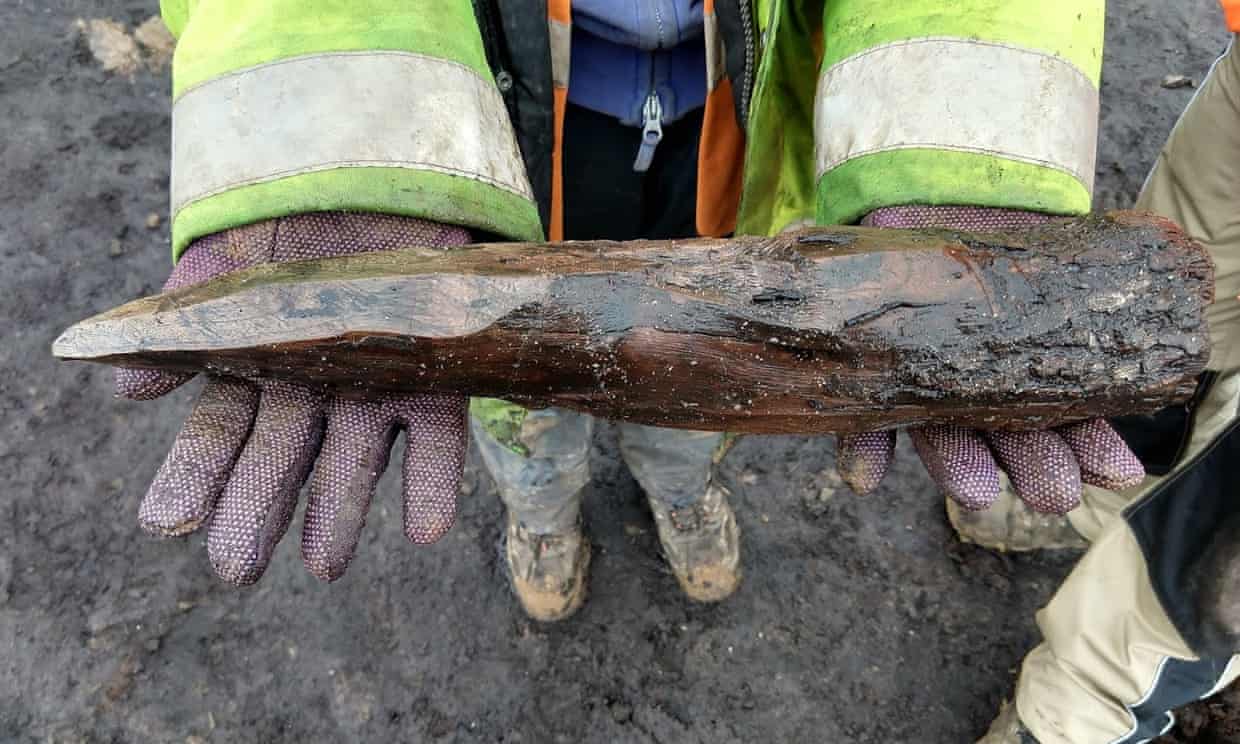 A 4,300-year-old stake discovered in a field in Suffolk. Photograph: Scottish Power

As diggers began to strip the daisies and buttercups and carve down through the parched clay of a field near Woodbridge in Suffolk that sloped down to a riverbank, with archaeologists watching over the pretty but apparently featureless site, something extraordinary began to emerge. Clear spring water came bubbling from the ground, and with it came massive timbers preserved so perfectly that tool marks were still visible and stake posts were sharply pointed.

The archaeologists first thought the timbers must be medieval or even Victorian, and were puzzled to find them so deeply buried. But as 30 metres of timber track were exposed, alongside other unexpected objects too, such as the massive horns and skull of an aurochs, an extinct breed of giant cattle, they realised they were dealing with something far more ancient. The timbers were 4,300 years old, according to the first carbon-14 tests, and underlying ones may be much older.

The Neolithic trackway, which had evidence of being repeatedly restored and renewed over decades and probably generations, seems to have led up to a level timber platform, with spring water deliberately channelled to surround it. From the platform, objects were dropped into the running water, including metal, pottery and the horned aurochs skull. The skull had been carefully shaped either to fix to a pole or use as part of a headdress – and as the archaeologists who had to lift and carry it down the hill could testify, lugging it to the site would have taken considerable effort.