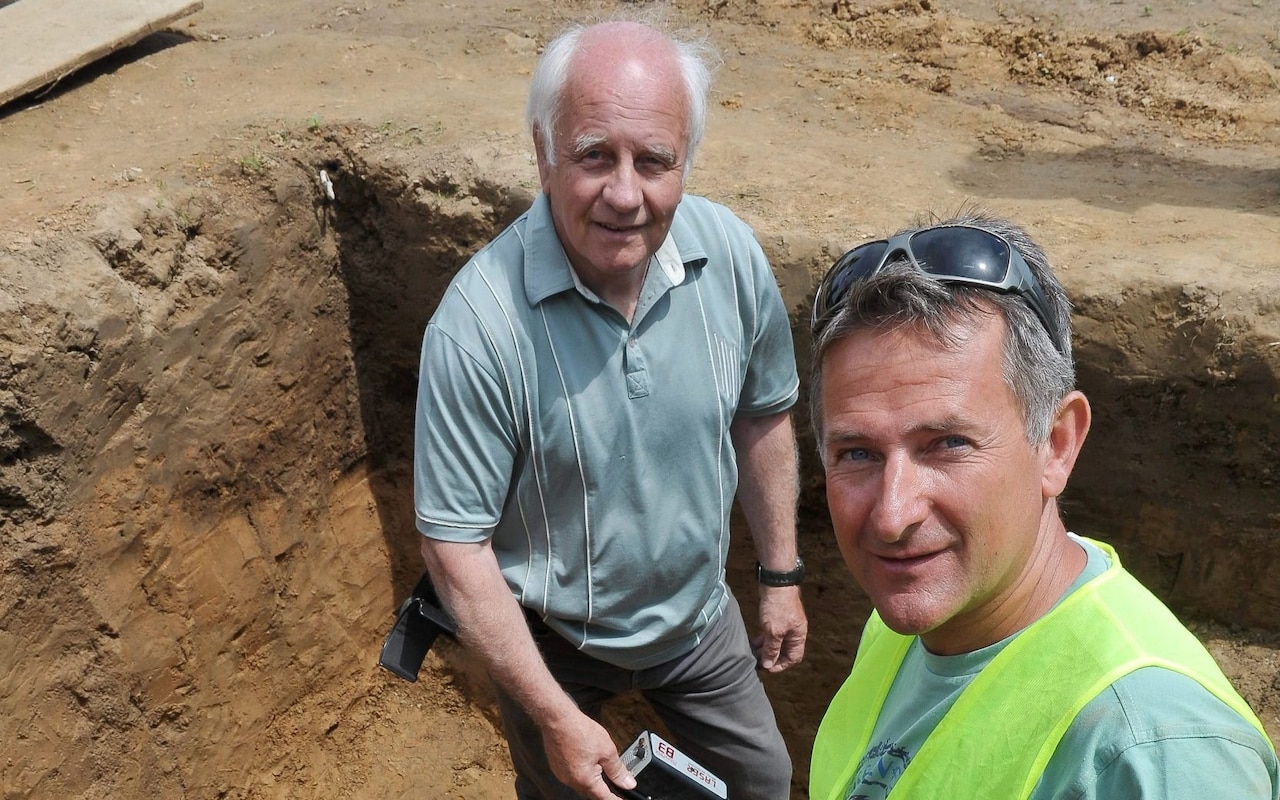 The discovery by Reg Mead (left) and Richard Miles could be worth £10m
CREDIT: SWNS

A hoard of Iron Age coins worth up to £10 million has been officially recognised as the largest collection ever found on the British Isles after two detectorists' were tipped off by a woman who spotted a 'shiny button' in a field.

Reg Mead and Richard Miles have spent the last 30 years searching for the 69,347 piece coin collection on Jersey after initially receiving a tip-off in the 1980s from a woman who said she had spotted something that looked like silver buttons in a field.

They eventually struck gold in 2012 and uncovered the coins which date from the 1st Century BC and lain buried for 2,000 years.

The duo have now had their collection recognised by Guinness World Records.

It overtakes the previous record for the largest collection of Iron Age coins of 54,951 found more than 40 years ago in Wiltshire.

Some of the treasure from the hoard is now on display at La Hougue Bie Museum and the hope is that it will allow people to understand the development of economies and coinage from over two thousand years ago.