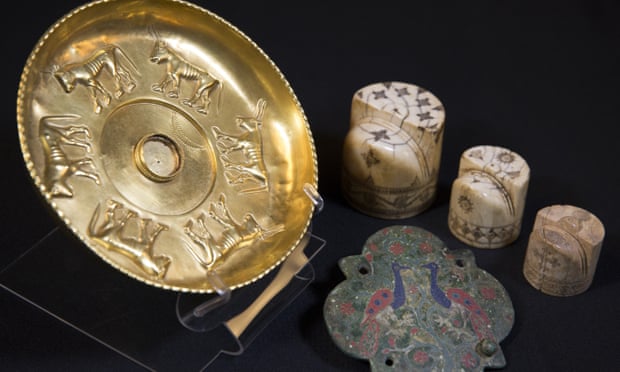 
In 1066 the Normans were not just conquering grey, cold England. They were also in sunny, fertile Sicily creating what became one of the most enlightened cultures in Europe.
The little known story of the other Norman conquest is to be told in an exhibition exploring 4,000 years of history on the island of Sicily, the British Museumannounced on Thursday.
More than 200 objects will be brought together to prove there is a lot more to Sicily than lemons and the mafia. The show’s main focus will be on two major eras: Greek rule after the 7th century BC and Norman rule from the end of the 11th century.
Read the rest of this article...
Posted by David Beard MA, FSA, FSA Scot at 5:33 PM