A major temple with finds dating from two main periods – one in the 7th-6th century B.C. and the second in the 3rd-2nd century B.C – was discovered during an archaeological excavation at ancient Hephaestia on the Greek island of Limnos, according to state broadcaster ERT. The finds came to light near the ancient city’s theatre. 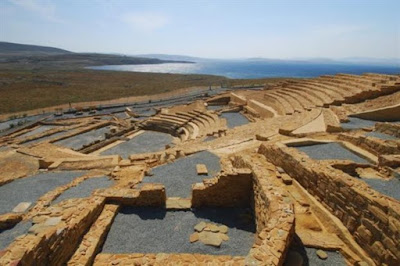 The ancient theatre at Hephaestia on the Greek island of Limnos  [Credit: limnosgreece]

Lesbos Antiquities Ephorate Pavlos Triantafyllidis stated that the workings on the archaeological site, funded by the General Secretariat for the Aegean and Island Policy, will continue.