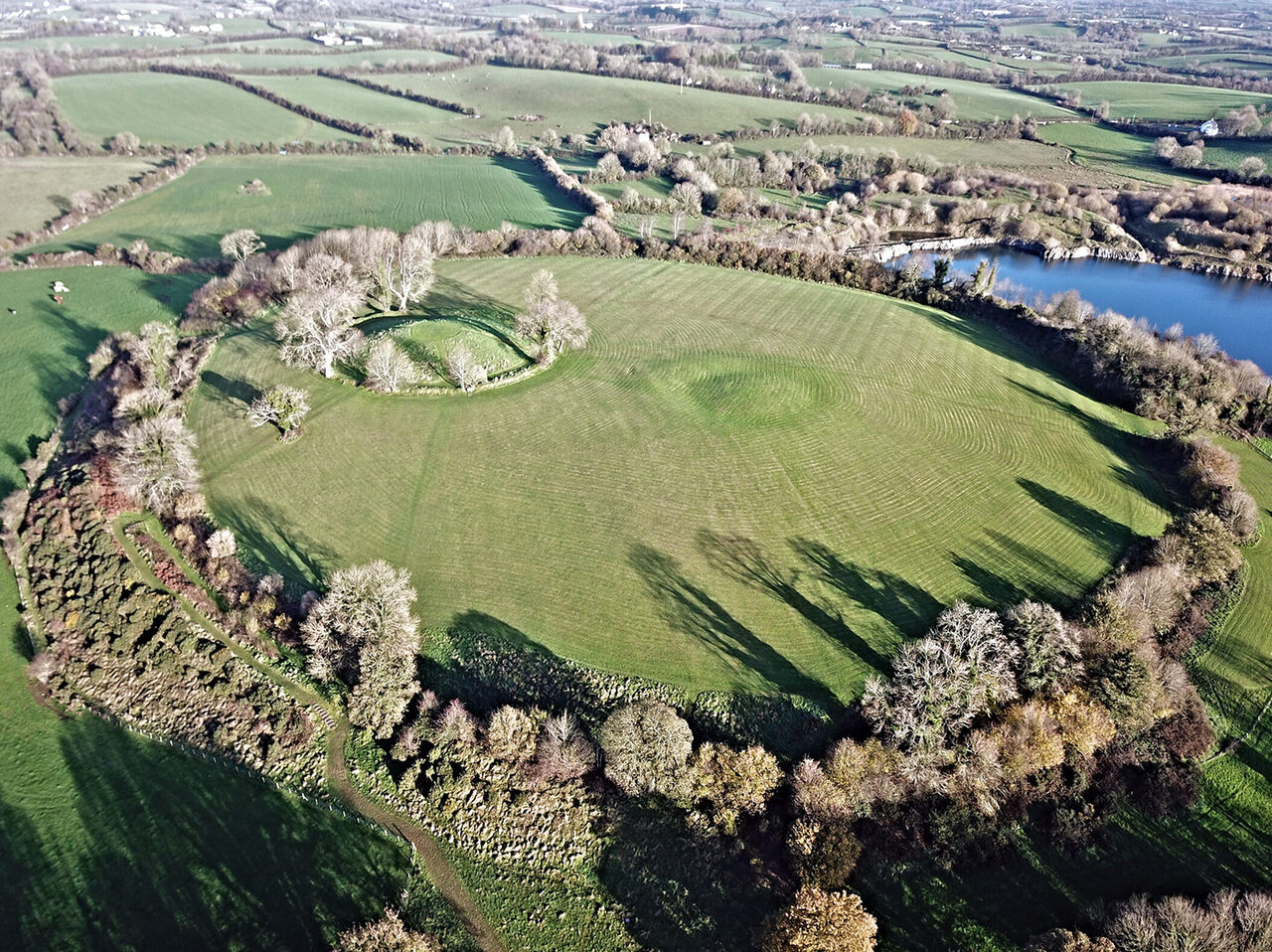 The hilltop remains of Navan Fort, an Iron Age site that a new paper argues has a broader history than previously thought.
O'DRISCOLL ET AL. 2020 / OXFORD JOURNAL OF ARCHAEOLOGY

Navan Fort is perched on an Irish hilltop, but some of its history hides beneath the soil.

ON A COLD AND WET day in March 2018, a van crammed with equipment and Scottish and Irish archaeologists rolled up alongside Navan Fort, a prominent hilltop settlement in Northern Ireland that’s not far from the modern border with Ireland. A ringed enclosure that sits on a tall hill in the countryside, Navan Fort is easy to pick out. It was one of the ceremonial centers of pre-Gaelic Ireland, and even has a visitor’s center today. But that March, the archaeologists were seeking remains that didn’t meet the eye.

Lo and behold, they found some. According to their recent study, published in the open-access Oxford Journal of Archaeology, the physical footprint and outsized role of Navan Fort may have been even larger and more lasting than previously thought. Using a combination of non-invasive archaeological surveys—one that measured the magnetic properties of the soil, and another that measures how the dirt conducts electricity—the team found the remnants of subterranean structures, suggesting that the site was occupied earlier than previously believed. They also found evidence of habitation much later than previously thought, clear through to the arrival of St. Patrick in the area, and the patron saint’s founding of the local ecclesiastical see.