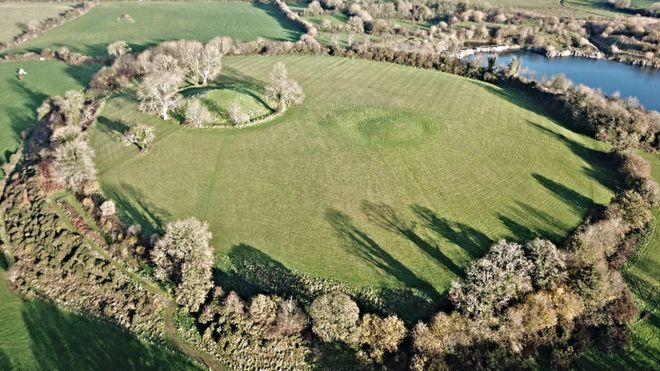 Armagh is the ecclesiastical capital of Ireland, home to both Catholic and Anglican archbishops.

But before the arrival of Christianity in the fifth century it was a place of huge religious importance.

Archaeologists believe they have uncovered evidence of Iron Age temples and other religious complexes.

The research teams from Queen's University Belfast (QUB) and the University of Aberdeen have been using magnetic gradiometry and an electrical resistance survey to help find potential structures at the site.