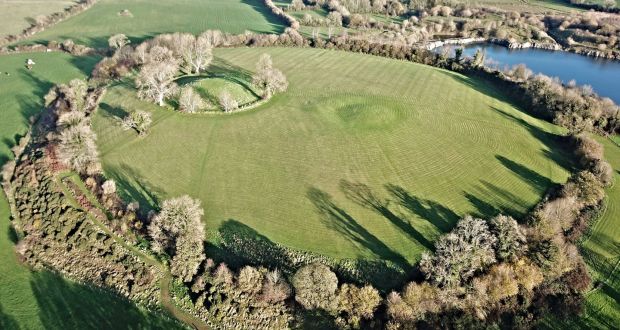 Archaeologists believe they have uncovered evidence of Iron Age temples and residences of early kings of Ulster at Navan Fort.


Archaeologists believe they have uncovered “significant” evidence of Iron Age temples and residences of early kings of Ulster at Navan Fort, close to Armagh City.

Academics from Northern Irish, Scottish and German institutes say they have found indications of “a vast temple complex and ceremonial centre of prehistoric Europe”, as well as the first evidence of continued medieval activity during the period when Navan Fort was associated with the kingship of Ulster.

The discovery was made adjacent to the Navan Fort visitor centre which is associated with Cúchulainn, the Red Branch Knights and the Ulster Cycle of tales. It is also associated with Conchobar Mac Nessa, King of Ulster, Deirdre of the Sorrows and her warrior lover Naoise.

The research was conducted using a non-invasive survey, led by Dr Patrick Gleeson, senior lecturer in archaeology at the School of Natural and Built Environment at Queen’s University Belfast and his team of colleagues from the University of Aberdeen and the German Archaeological Institute, Frankfurt.