A cup believed to have been used by Classical Greek statesman Pericles has been found in a pauper's grave in north Athens, according to local reports Wednesday. 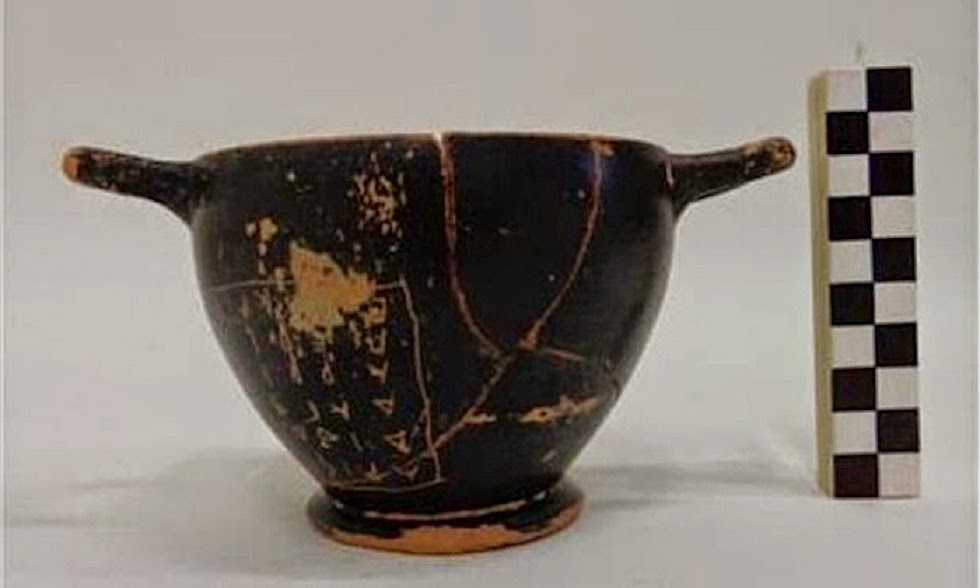 The cup was likely used in a wine symposium when Pericles was in his twenties, and the six men  who drank from it scrawled their names as a memento, experts say [Credit: To Vima]

The ceramic wine cup, smashed in 12 pieces, was found during building construction in the northern Athens suburb of Kifissia, Ta Nea daily said.

After piecing it together, archaeologists were astounded to find the name "Pericles" scratched under one of its handles, alongside the names of five other men, in apparent order of seniority.