A team of archaeologists is excavating the remains of a vast ancient Mycenaean citadel, known as Glas or Kastro (castle). Under the leadership of Associate Professor Christofilis Maggidis of Dickinson College and the auspices of the Athens Archaeological Society, teams of specialists have been systematically surveying the imposing, island-like, flat-topped bedrock outcrop that rises 20-40 meters above a surrounding plain with a summit area stretching 49.5 acres at the northeastern edge of the Kopais basin in southeastern Greece. The area is estimated to measure ten times the size of the ancient citadel of Mycenaean Tiryns and seven times that of Mycenae. 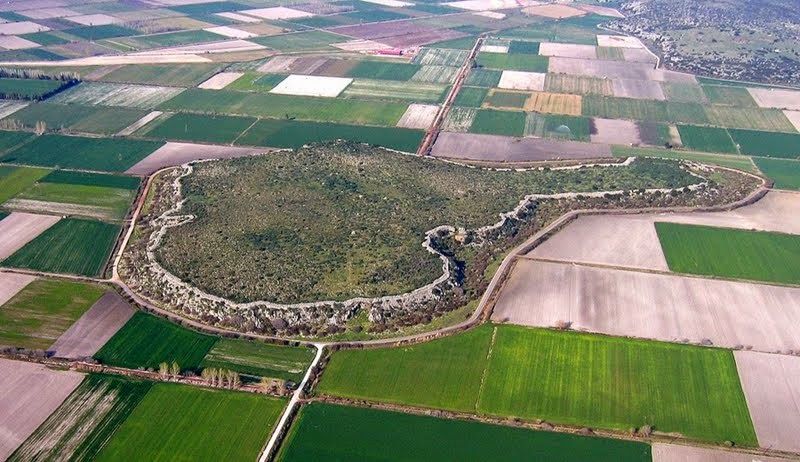 “I first excavated at Glas in 1990 as a graduate student with my mentor, the late Spyros Iakovidis,” said Maggidis. “The unparalleled size of the citadel, its connection with the gigantic drainage project of Kopais, and the discovery of such important but few remains in the citadel indicating that the rest of the citadel was left vacant puzzled me since then.”