Human footprints found in Romania’s Ciur-Izbuc Cave represent the oldest such impressions in Europe, and perhaps the world, researchers say. 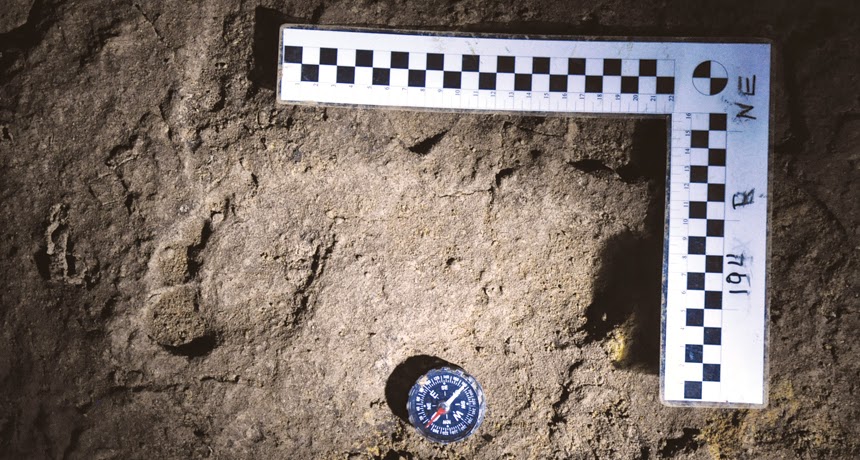 Human footprints such as this, found in a Romanian cave almost 50 years ago,  are much older than originally thought, dating to around 36,500 years ago [Credit: D. Webb]

About 400 footprints were first discovered in the cave in 1965. Scientists initially attributed the impressions to a man, woman and child who lived 10,000 to 15,000 years ago. But radiocarbon measurements of two cave bear bones excavated just below the footprints now indicate that Homo sapiens made these tracks around 36,500 years ago, say anthropologist David Webb of Kutztown University in Pennsylvania and his colleagues.