A Mycenaean vaulted tomb has been discovered near Amfissa in central Greece during the course of an irrigation project. 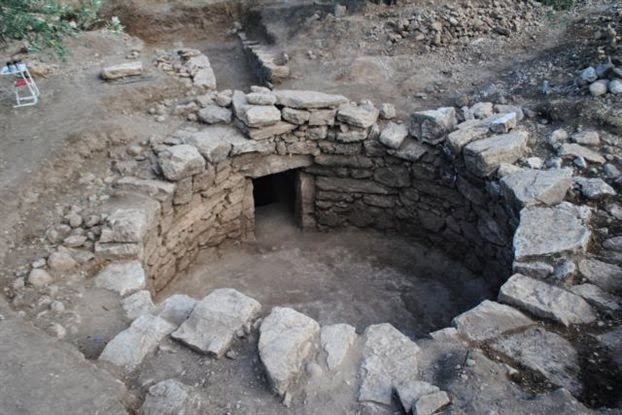 Found in Amifissa, the vaulted tomb is the first of its kind discovered in Phocis and one  of the few in Central Greece [Credit: To Vima]

The tomb presents all the features typical of this type of structure: a long dromos 9 metres in length with stone-built sides,  a deep prothalamos or vestibule and a circular burial chamber which has a maximum internal diameter of 5.90 metres.

Although the superstructure of the dome had collapsed, the walls of the chamber maintain a height of almost three metres.