In the late 1990s two remarkable Bronze Age timber circles were discovered on Holme Beach. One of these – Seahenge – was excavated in 1998 and 1999. Since the excavations the second circle has been monitored and evidence of damage by coastal processes has been recorded. 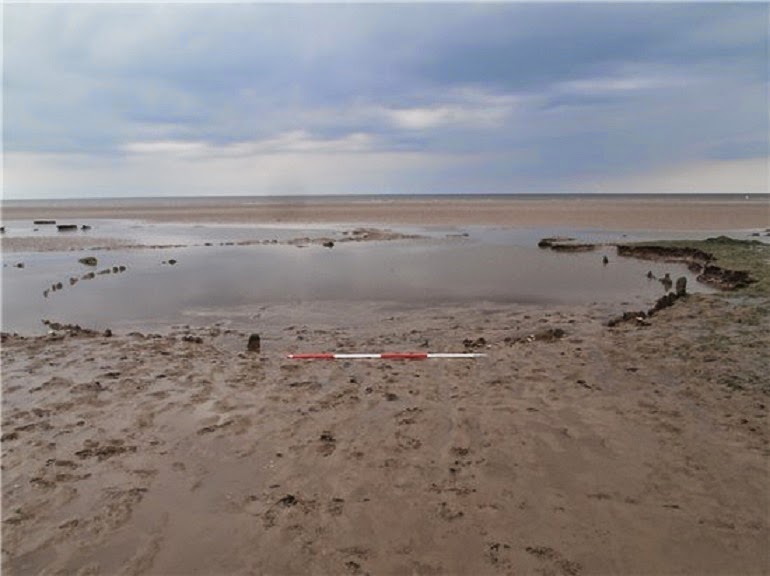 The second timber circle uncovered 15 years after the first, dubbed Seahenge, was found along the Norfolk coast. The Bronze Age timber circle has been tested by archaeologists and  dates to the summer of 2049 BC.[Credit: © NPS Archaeology]

In the last year tree ring dating (dendrochronology) has shown the timbers used to build the second circle were felled in the spring or summer of 2049 BC. This means that the timbers were felled at exactly the same time as those used to build Seahenge. The felling date places the construction of both circles early in the Bronze Age.