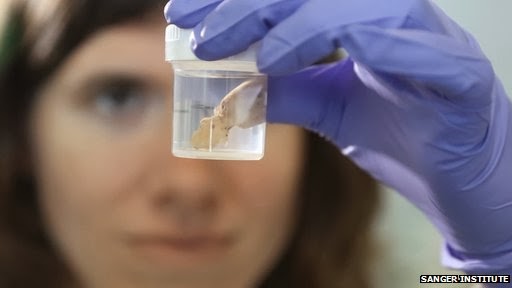 The world's oldest-known living cancer dates back 11,000 years, according to UK scientists.
It arose in a single dog and has survived in canines ever since, with the cancer cells passing between animals when they mate.
A team led by the Wellcome Trust Sanger Institute near Cambridge decoded the DNA of the cancer.
It revealed the "genetic identikit" of an ancient husky-like dog, which first developed the disease.
Read the rest of this article...
Posted by David Beard MA, FSA, FSA Scot at 10:39 AM