Land by Neolithic site churned up by vehicles


The area around one of the island’s most important archaeological monuments, the Neolithic stone circle at Meayll Hill, Rushen, has been badly churned up by four-wheel vehicles and motorcyclists over the Christmas period. 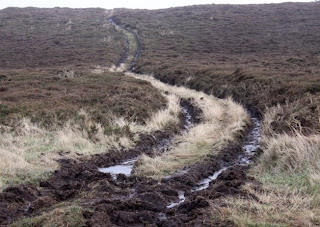 Damage caused by vehicle use on land at the Meayll Peninsular, Rushen [Credit: IOM Today]

Port Erin resident Philip Maddrell, who walks there several times a week, said something should be done to protect the area.

‘It’s just spoiling it for everybody,’ he said. ‘Also [motor] bike riders were up the top, it’s a public right of way. It’s a damn nuisance. They churn it up.’