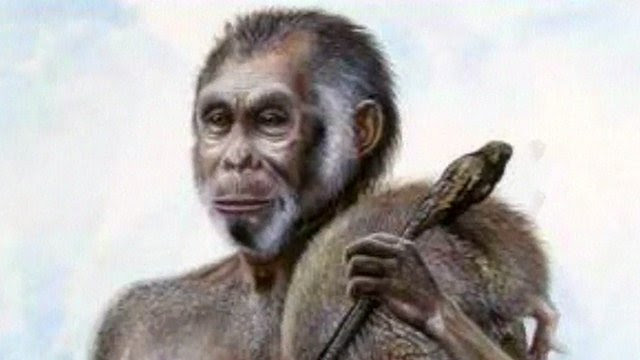 How an ancient human species may have shrunk as a result of island dwarfism
A diminutive species of human whose remains were found on the Indonesian island of Flores could have shrunk as a result of island dwarfism as it adapted to its environment.
A study of the remains of the creature, nicknamed the "hobbit", shows that it is possible for it to have been a dwarf version of an early human species.
The hobbit co-existed with our species until 12,000 years ago.
The research has been published in the Royal Society's Proceedings B Journal.
Since its discovery in 2003, researchers have struggled to explain the origins of these metre high, tiny-brained people, known scientifically asHomo floresiensis.