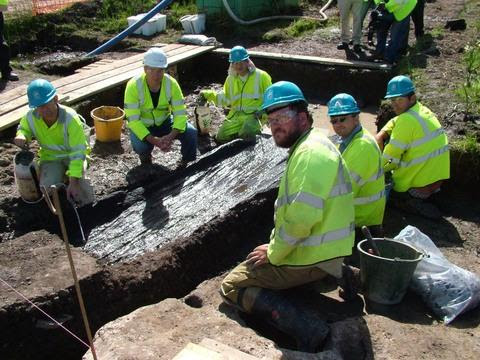 A Bronze Age treasure, unearthed in Steynton seven years ago, is set to return to its rightful place in Milford Haven Museum this summer.
The 3,400-year-old wooden trough, discovered by workmen laying a gas pipeline near St Botolphs in August 2006, will finally return to Milford Haven following years of preservation by the York Archaeological Trust.
Work on the site was suspended for weeks in 2006 when the Bronze Age relic, at first believed to be a canoe, was recovered from land in Tierson Farm. At the time, a fragment of the oak structure was radiocarbon-dated at about 1420 BC.