A flair for imperfections 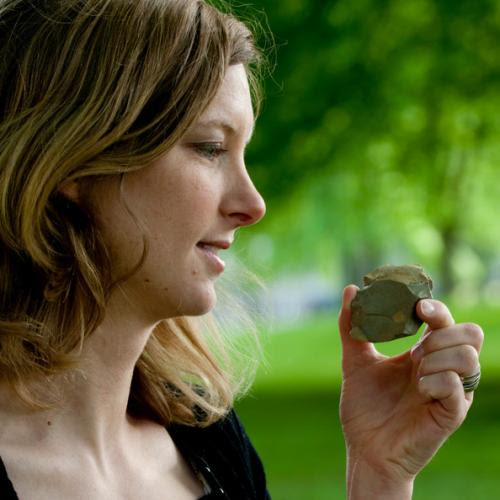 The axe from Hundvåg is damaged by a succession of failed strokes in both edge and body, suggesting that it was sculpted by an unskilled knapper, probably a child. Credit: Terje Tveit, Archeological Museum, UiS

To most people, a useless flint axe is just that. To archaeologist Sigrid Alræk Dugstad, it is a source of information about Stone Age children.


Whereas arrowheads, axes and other formal tools have traditionally received a lot of attention in research, the archaeologist Sigrid Alræk Dugstad now concentrates on what is at the bottom of the hierarchy, namely the production debris and the unfinished and discarded products.

In the article "Early child caught knapping: A novice early Mesolithic flintknapper in southwestern Norway," she has turned upside down the hierarchy of objects from the Early Stone Age.

"A succession of failed strokes, terminating in many hinge and step fractures, indicates that axe was made by a novice flintknapper, probably a child," Dugstad says.
Read the rest of this article...