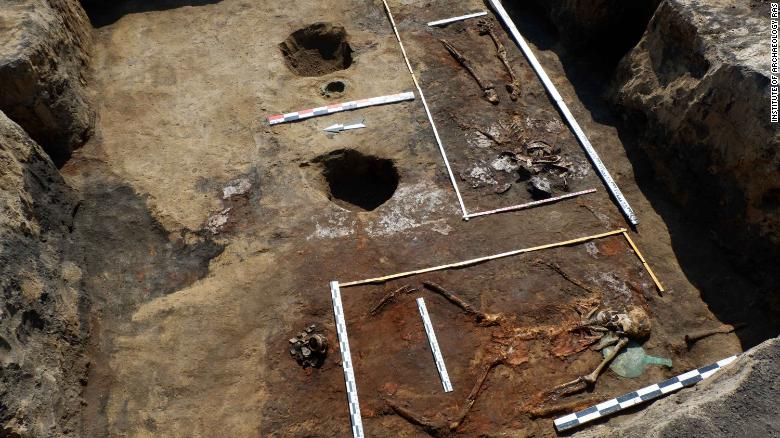 Excavations of the burial sites belonging to the Amazon warrior women.

For the first time, researchers have uncovered the remains of four Amazons with different ages in the same tomb, according to a release by Russia's RAS Institute of Archeology.

Within the tomb, located in Russia, made of clay and oak blocks, they found skeletons of four women. One was estimated to be between 12 and 13 years old when she died, the second was 20 to 29 years old, a third was 25 to 35 years old and the fourth was 45 to 50 years old.

Scythians were nomadic tribes of warriors that lived across Siberia between 200 and 900 BC. And Amazons, like those depicted in the "Wonder Woman" film, were Scythian warrior women. The remains align with other previous discoveries to show that Amazons lived among other nomadic tribes in Eastern Europe.

Items found with the remains helped the researchers to estimate their burial occurred during the 4th century BC.