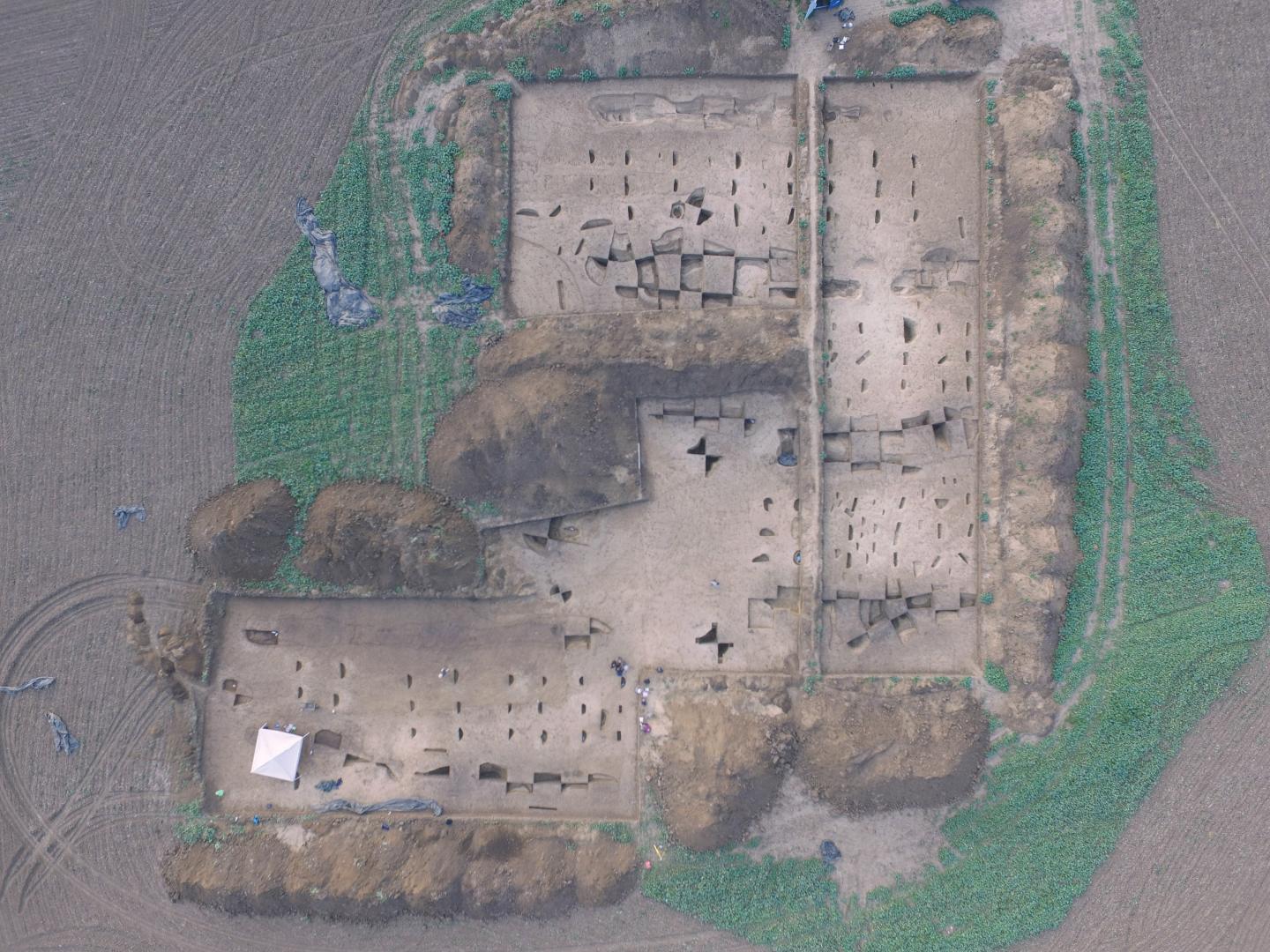 IMAGE: AERIAL PHOTO OF THE EXCAVATION AREA OF AN EARLY NEOLITHIC SETTLEMENT NEAR VRÁBLE IN SLOVAKIA.
CREDIT: © NILS MÜLLER-SCHEESSE

Human behaviour is influenced by many things, most of which remain unconscious to us. One of these is a phenomenon known among perception psychologists as "pseudo-neglect". This refers to the observation that healthy people prefer their left visual field to their right and therefore devide a line regularly left of centre.

A study published on Friday, January 10, in the online magazine PLOS ONE now shows for the first time what effect this inconspicuous deviation had in the prehistoric past. A Slovak-German research team has investigated the alignment of early Neolithic houses in Central and Eastern Europe. Scientists of the Collaborative Research Centre (CRC) "Scales of Transformation" of Kiel University (CAU) and the Slovakian Academy of Sciences were able to prove that the orientation of newly built houses deviated by a small amount from that of existing buildings and that this deviation was regularly counterclockwise.