The Iceman from British Columbia 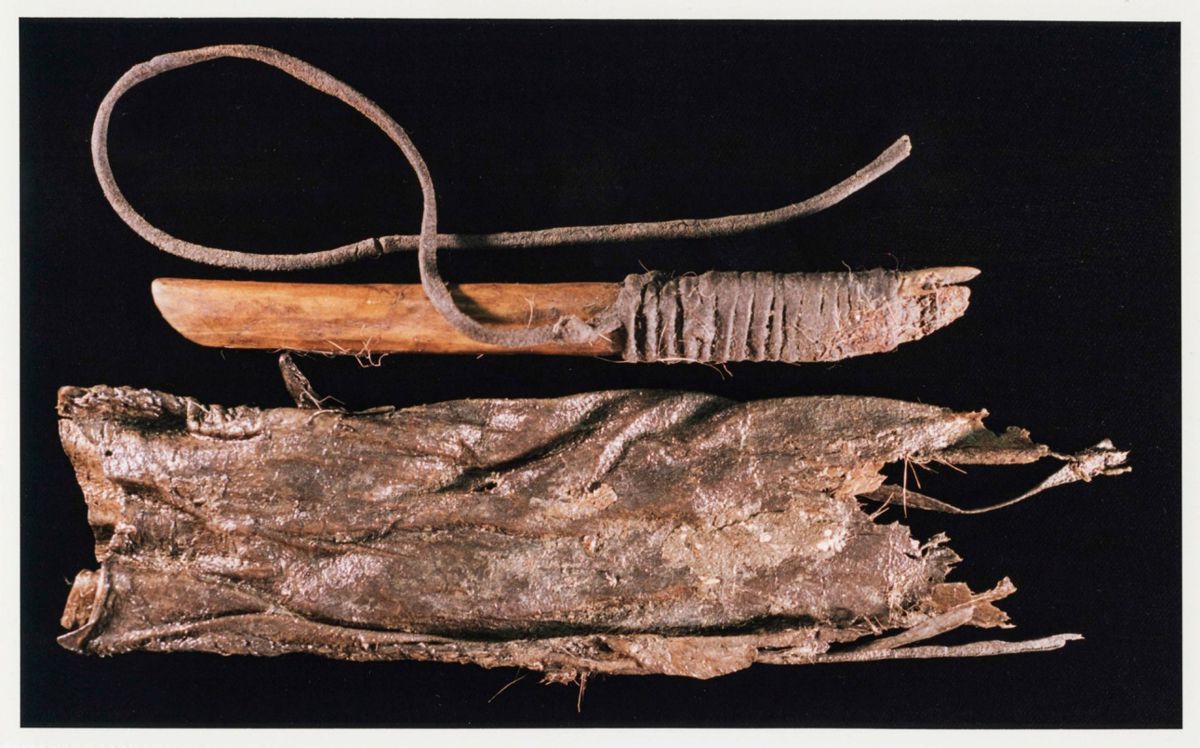 The knife with its sheath

Human remains from the ice have always received a lot of public interest. Almost everyone has heard about Ötzi, the 5200-year-old iceman from the Tyrolean Alps. But have you heard about Kwäday Dän Ts’inchi – the Iceman from British Columbia? If not, you are seriously missing out on one of the most fascinating finds from the ice.

The discovery
August 1999. It had been the hottest year on record in British Columbia, Canada, and the glacial ice was melting fast. Three hunters were looking for Dall’s Sheep in the remote mountains of the Tatshenshini-Alsek Park. On approaching a glacier, they could see something lying on the ice. Closer inspection revealed it to be an animal skin. Near it, they discovered a gruesome sight – a human pelvic bone, with attached legs disappearing into the ice. Checking the ice around the find spot, they also made other discoveries, including a small object with a wooden handle, still in its sheath.

The hunters took along a few of the artifacts for proof of the find, but otherwise had the good sense not to disturb the site. If only Ötzi the Iceman had been treated in such a gentle way (read more here). Once the hunters had hiked out from the park, they immediately contacted the archaeological authorities. The archaeologists naturally became very excited when they heard about the human remains and the artifacts. The small object with a wooden handle, brought along by the hunters, turned out to be a knife.