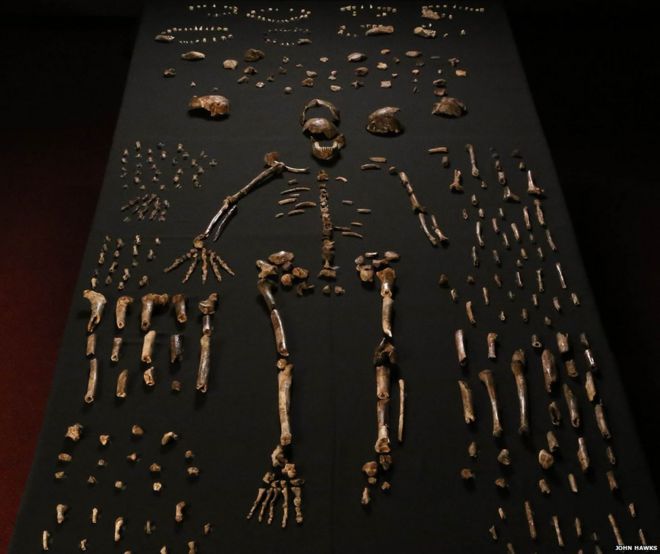 A primitive type of human, once thought to be up to three million years old, actually lived much more recently, a study suggests.
The remains of 15 partial skeletons belonging to the species Homo naledi were described in 2015.
They were found deep in a cave system in South Africa by a team led by Lee Berger from Wits University.
In an interview, he now says the remains are probably just 200,000 to 300,000 years old.