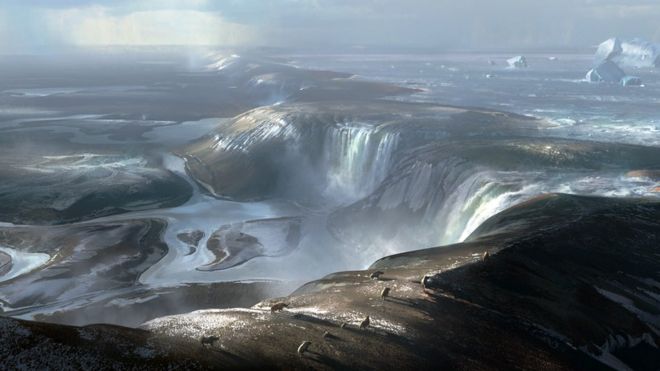 The UK has now started the formal process of leaving the EU, but scientists say they have evidence of a much earlier "Brexit".
They have worked out how a thin strip of land that once connected ancient Britain to Europe was destroyed.
The researchers believe a large lake overflowed 450,000 years ago, damaging the land link, then a later flood fully opened the Dover Strait.
The scars of these events can be found on the seabed of the English Channel.
The study is published in the journal Nature Communications.