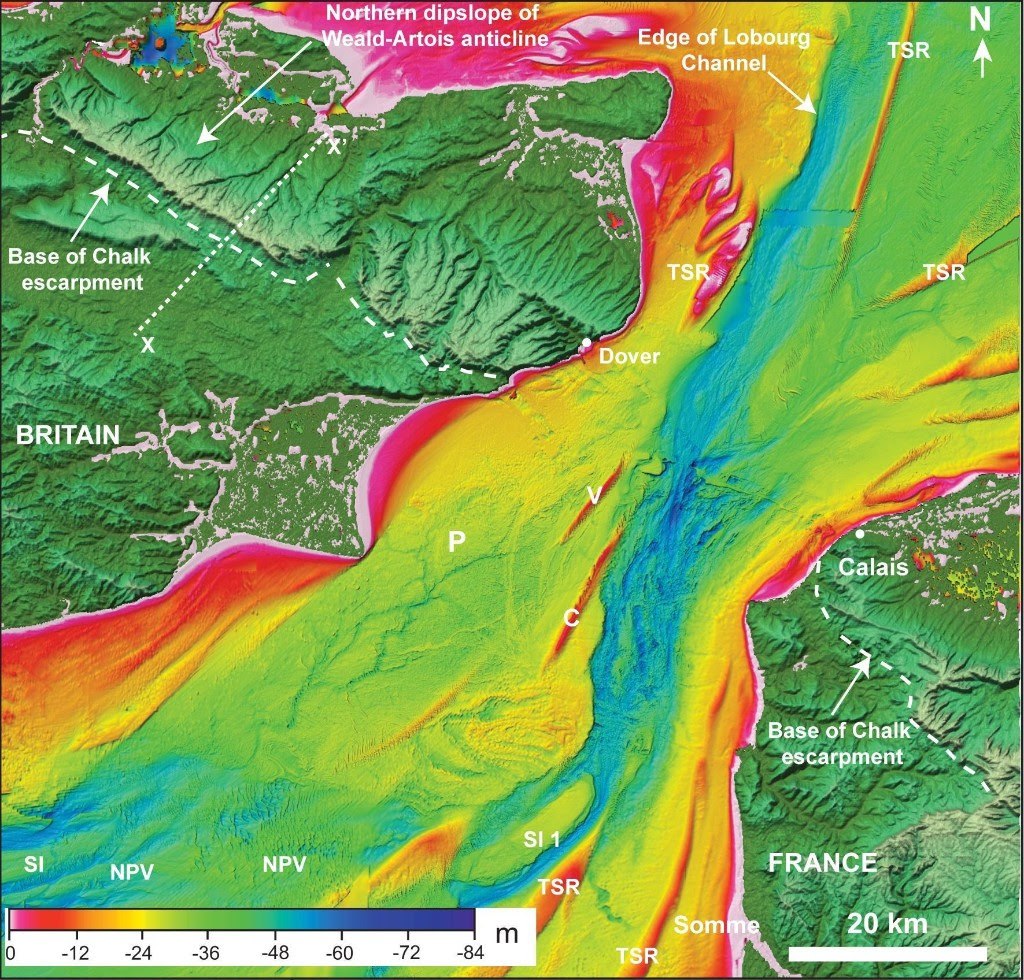 Bathymetry map of the strait of Dover showing prominent valley eroded through the centre. Note the rock ridge made of chalk in southern Britain and northern France which would have connected across the strait prior to breaching.
Photograph: Imperial College London/Professor Sanjeev Gupta and Dr Jenny Collier

Once attached to the European mainland, a new study shows how catastrophic flooding led to Britain becoming an island about 125,000 years ago

Brexit might be causing political chaos but whatever Theresa May has up her sleeve it is unlikely to be as catastrophic as the first separation of Britain from the continent.

A new study has revealed how giant waterfalls and, later, a megaflood severed our connection to France, resulting in the creation of island Britain and the watery moat of the English Channel.

“A chance series of geological events set the stage for Britain becoming an island,” said Sanjeev Gupta, professor of earth science at Imperial College London and co-author of the research.

“If it weren’t for these events, in a sense the history of Britain would have been completely different,” he added, pointing out that if the ridge had never been breached, Britain would have remained attached to northern France with easy access to the rest of Europe.