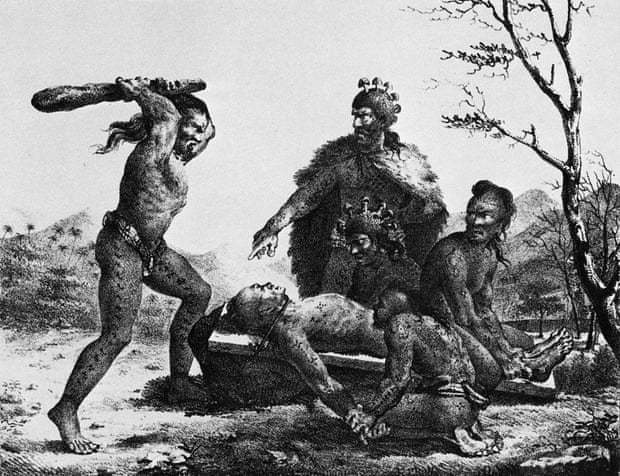 This lithograph from 1819 by Jacques Arago shows human sacrifice under the direction of a Hawaiian priest. Photograph: Alamy


Ritual human sacrifice played a powerful role in the construction and maintenance of stratified societies, according to new research.
The more egalitarian the society, the less likely it was that a human being would be chosen to die for it; the more stratified and rigid, the more likely someone from the lower orders would be selected as a sacrificial victim, scientists from Australian and New Zealand report. 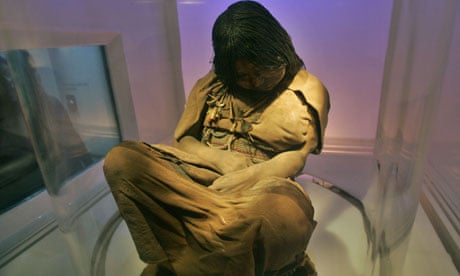 Why the Incas offered up child sacrifices

Read more
They analysed data and observations from 93 traditional cultures that flourished from Taiwan to Madagascar, and from New Zealand to Hawaii to Easter Island, to confirm the hypothesis that human sacrifice “stabilises social stratification once stratification has arisen, and promotes a shift to strictly inherited class systems.”
And they add, in their paper in Nature: “Whilst evolutionary theories of religion have focused on the functionality of prosocial and moral beliefs, our results reveal a darker link between religion and the evolution of modern hierarchical societies.”
Read the rest of this article...
Posted by David Beard MA, FSA, FSA Scot at 8:45 AM