After archeologists dug up the ancient mummy - preserved in permafrost - natural disasters were unleashed in Siberia, court told. 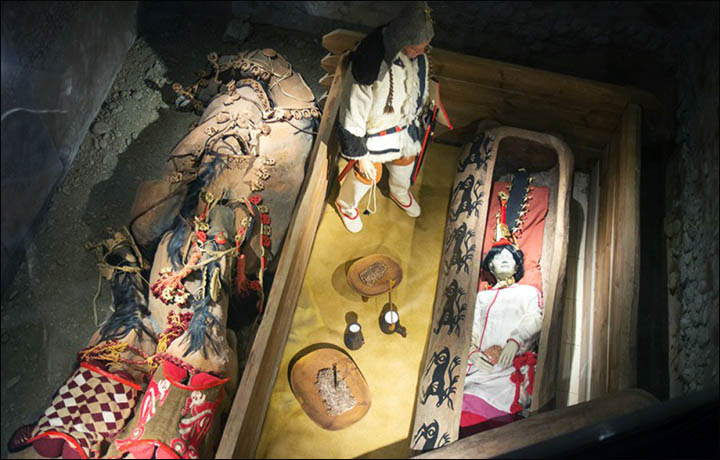 A mannequin - an exact replica - is displayed in the museum but on 'special occasions' VIPs would be 'provided the opportunities to see the real mummy'. Picture: Autotravel.ru

An appeal will be launched after a court this week rejected a demand by the the leader of the Teles ethnic group in the Altai Mountains to order the reburial of the world famous tattooed remains of 'Princess Ukok', dug from her tomb in 1993 by leading Russian archeologists.

A court in Gorno-Altaisk rejected his lawsuit, allowing the relic to remain in the care of the National Museum in the city, capital of the Altai Republic.