Danish archaeologists said on Tuesday they had re-opened a mass grave of scores of slaughtered Iron Age warriors to find new clues about their fate and the bloody practices of Germanic tribes on the edge of the Roman Empire. 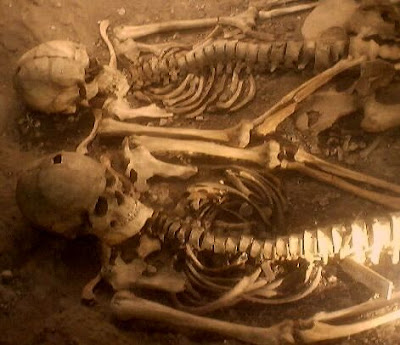 Bones of around 200 soldiers have already been found preserved in a peat bog near the village of Alken on Denmark's Jutland peninsula.  Experts started digging again on Monday, saying they expected to find more bodies dating back 2,000 years to around the time of Christ.  "I guess we will end up with a scale that is much larger than the 200 that we have at present," Aarhus University archaeologist Mads Kahler Holst told Reuters.