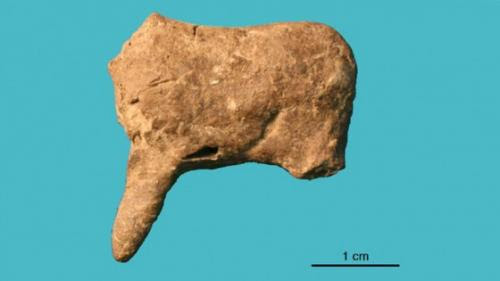 Evidence of a community of prehistoric artists and craftspeople who “invented” ceramics during the last Ice Age – thousands of years before pottery became commonplace – has been found in modern-day Croatia.

The finds consist of 36 fragments, most of them apparently the broken-off remnants of modelled animals, and come from a site called Vela Spila on the Adriatic coast. Archaeologists believe that they were the products of an artistic culture which sprang up in the region about 17,500 years ago. Their ceramic art flourished for about 2,500 years, but then disappeared.

The study, which is published in the journal PLoS ONE, adds to a rapidly-changing set of views about when humans first developed the ability to make ceramics and pottery. Most histories of the technology begin with the more settled cultures of the Neolithic era, which began about 10,000 years ago.