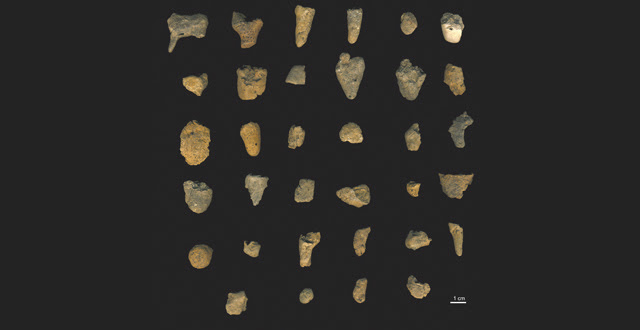 An international team of archaeologists has uncovered the first evidence of ceramic figurative art in late Upper Paleolithic Europe – from about 17,500 years ago, thousands of years before pottery was commonly used.

The evidence of a community of prehistoric artists and craftspeople who ‘invented’ ceramics during the last Ice Age has been found at the archaeological site of Vela Spila, Croatia.

The finds consist of 36 fragments, most of them apparently the broken-off remnants of modeled animals, and come from the site on the Adriatic coast. The archaeologists believe that they were the products of an artistic culture which sprang up in the region about 17,500 years ago. Their ceramic art flourished for about 2,500 years, but then disappeared.