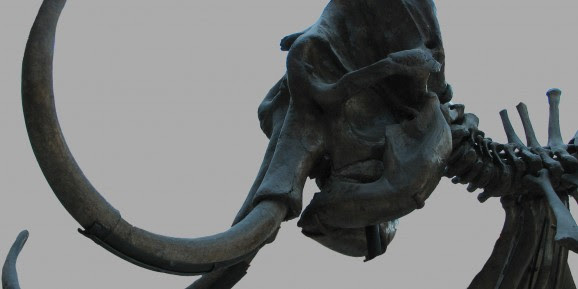 ALTHOUGH HUMANS AND WOOLLY MAMMOTHS CO-EXISTED FOR MILLENNIA, THE SHAGGY GIANTS DISAPPEARED FROM THE GLOBE BETWEEN 4,000 AND 10,000 YEARS AGO, AND SCIENTISTS COULDN’T EXPLAIN UNTIL RECENTLY EXACTLY HOW THE FLINTSTONIAN BEHEMOTHS WENT EXTINCT.

In a paper published June 12 in the journal Nature Communications, UCLA researchers and colleagues reveal that not long after the last ice age, the last woolly mammoths succumbed to a lethal combination of climate warming, encroaching humans and habitat change — the same threats facing many species today.

“We were interested to know what happened to this species during the climate warming at the end of the last ice age because we were looking for insights into what might happen today due to human-induced climate change,” said Glen MacDonald, director of UCLA’s Institute of the Environment and Sustainability (IoES). “The answer to why woolly mammoths died off sounds a lot like what we expect with future climate warming.”