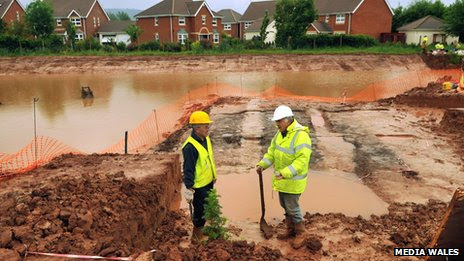 Archaeologists claim to have unearthed the remnants of a large prehistoric building, which they say could be older than Egypt's pyramids.

Experts said they were mystified by the "unique" find on the site of a housing development in Monmouth.

Monmouth Archaeology, which found the wooden foundations, said they dated to at least the Bronze Age, but could be early Neolithic, about 6,500 years old.