CSIC recovers part of the genome of 2 hunter-gatherer individuals from 7,000 years ago 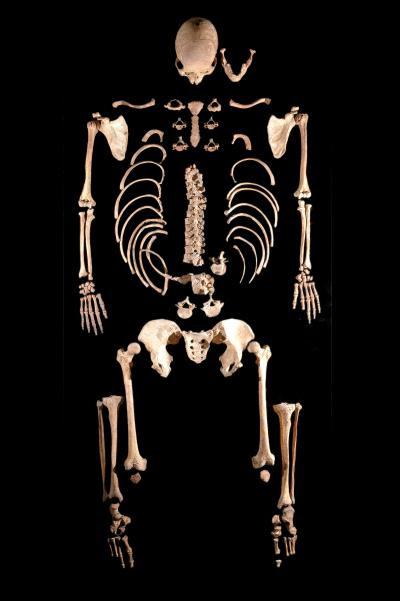 A team of scientists, led by researcher Carles Lalueza-Fox from CSIC (Spanish National Research Council), has recovered - for the first time in history - part of the genome of two individuals living in the Mesolithic Period, 7000 years ago. Remains have been found at La Braña-Arintero site, located at Valdelugueros (León), Spain. The study results, published in the Current Biology magazine, indicate that current Iberian populations don't come from these groups genetically.

The Mesolithic Period, framed between the Paleolithic and Neolithic Periods, is characterized by the advent of agriculture, coming from the Middle East. Therefore, the genome found is the oldest from Prehistory, and exceeds Ötzi, the Iceman, in 1700 years.

Researchers have also recovered the complete mitochondrial DNA of one of these individuals, through which they could determine that European populations from Mesolithic Period were very uniform genetically. Carles Lauleza-Fox, from the Institute of Evolutionary Biology (CSIC-UPF), states: "These hunters-gatherers shared nomadic habits and had a common origin. Despite their geographical distance, individuals from the regions corresponding to the current England, Germany, Lithuania, Poland, and Spain, shared the same mitochondrial lineage".